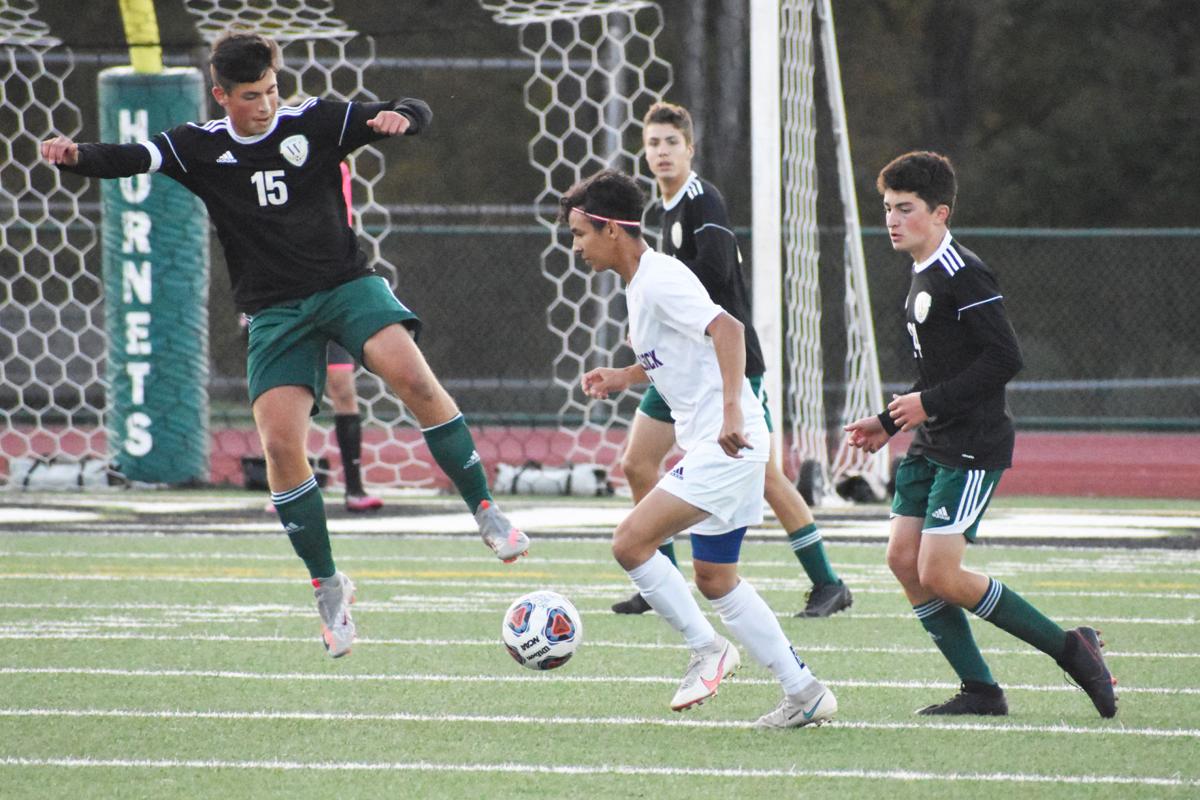 Wellsboro soccer player Owen Richardson fights for the ball during their draw against Loyalsock. 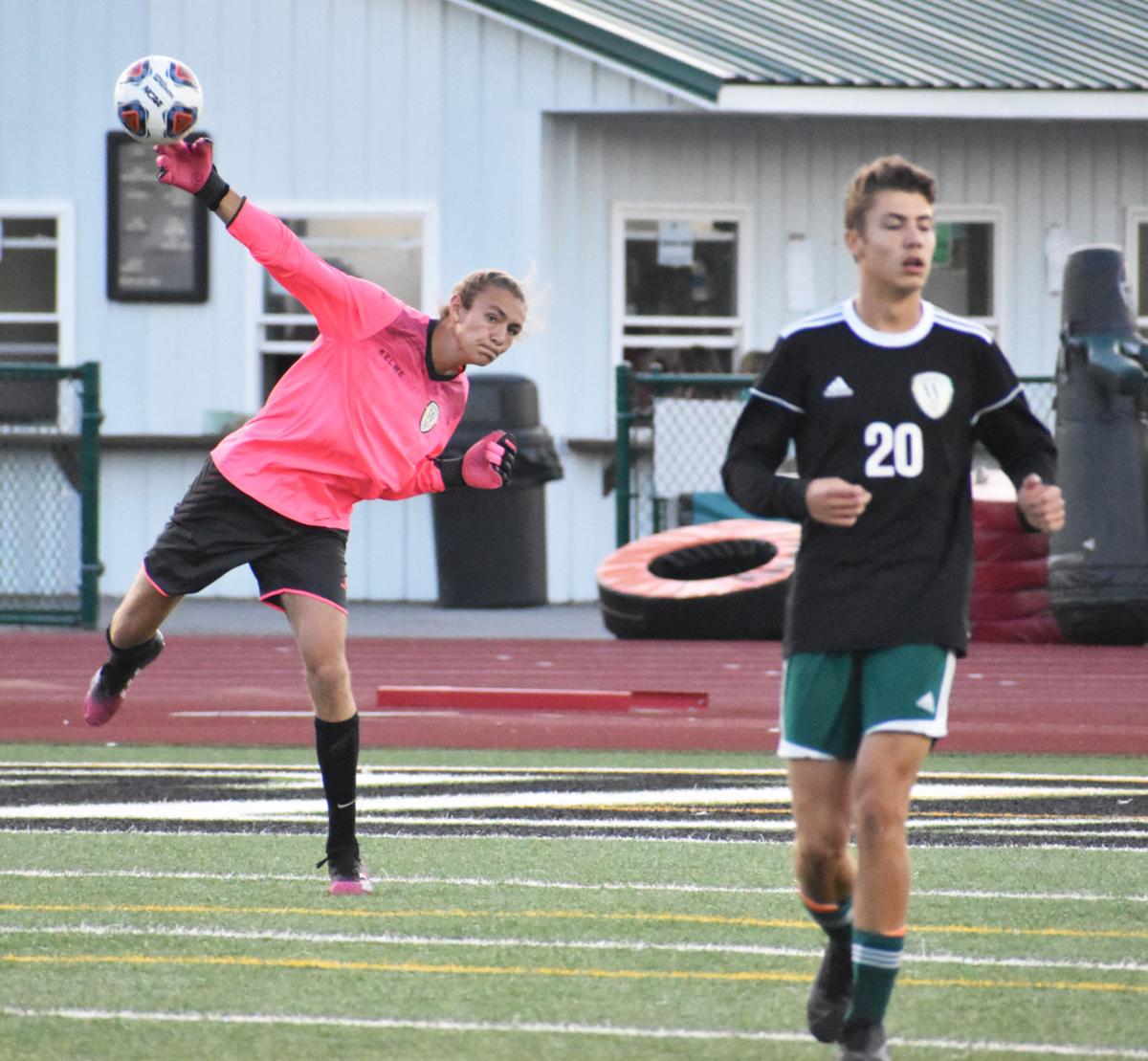 Wellsboro’s goalkeeper Aiden Gehman throws in the ball during their draw against Loyalsock. 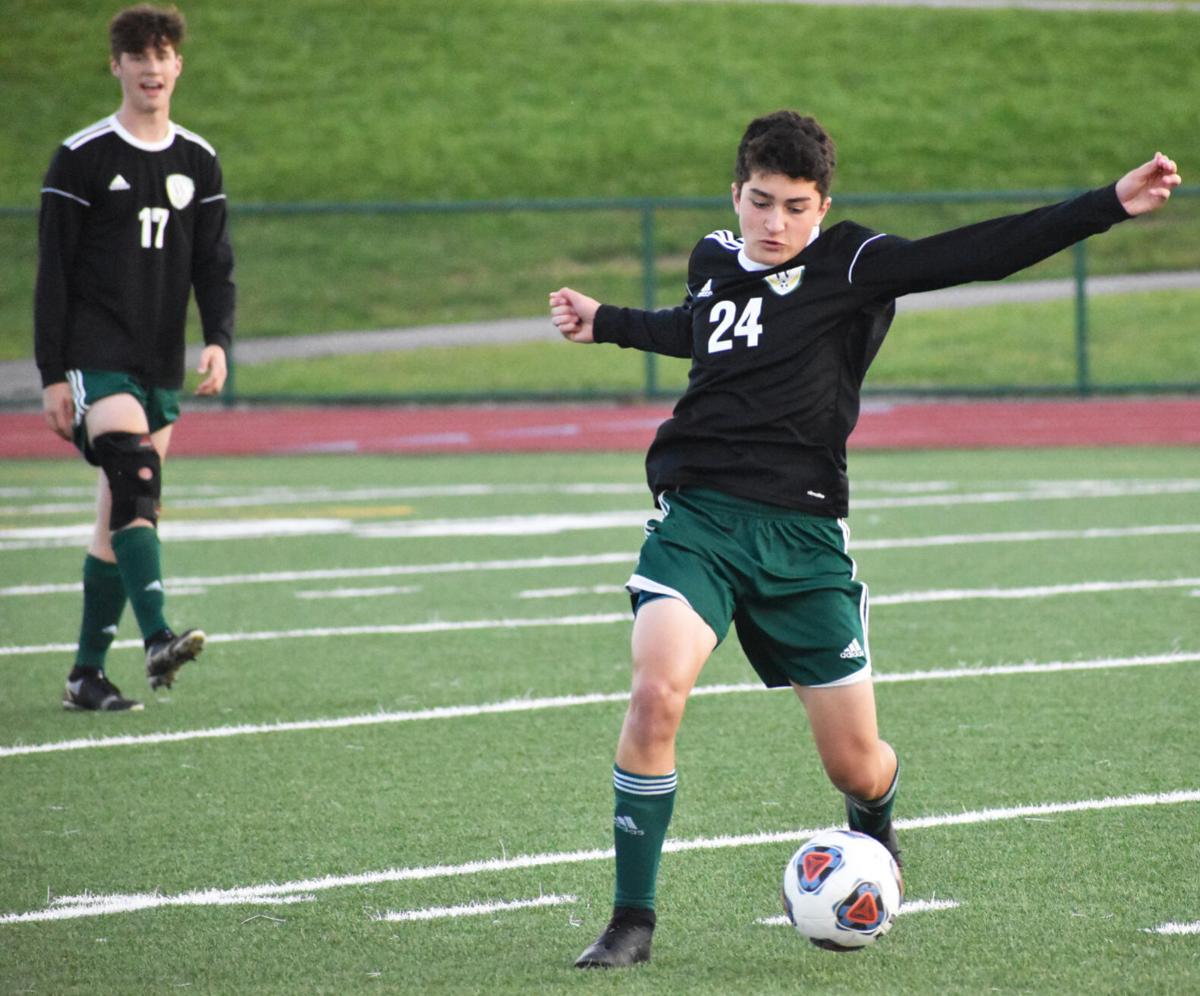 Wellsboro’s Jacob Abadi controls the ball during their draw against Loyalsock.

Wellsboro soccer player Owen Richardson fights for the ball during their draw against Loyalsock.

Wellsboro’s goalkeeper Aiden Gehman throws in the ball during their draw against Loyalsock.

Wellsboro’s Jacob Abadi controls the ball during their draw against Loyalsock.

WELLSBORO — On a chilly Saturday night under the lights, the Wellsboro Hornets soccer team (2-1-1) battled the Loyalsock Lancers (0-2-1) to a draw in a double-overtime thriller that featured two impressive teams in an early-season Sept. 11 bout.

“We still need to create more opportunities in our attacking half,” Wellsboro Boys Soccer Head Coach Todd Fitch said. “But overall, that was our best-played match this season. I am very pleased with the grit demonstrated by the boys tonight.”

The Lancers team was looking to get back on track after falling in a close contest to two of the state’s best soccer programs in Hollidaysburg and Danville, but Wellsboro wouldn’t give up easy and fought to the final buzzer to force a draw in a big non-league District 4 contest.

Wellsboro would get an early score to take the lead, and at the end of a beautiful possession, Jack Poirier revered the field with a pass to Dustin Benedict who was able to push the ball to the back of the net in the eighth minute of play to give Wellsboro the 1-0 lead.

The Loyalsock team would amp up the pressure, and for the majority of the second half, the game was played in Wellsboro’s back-line, who played extremely admirably against a Lancers team who showed excellent ball control and passing.

Loyalsock may have been able to get some shots on goal, but goalkeeper Aiden Gehman made some impressive saves to preserve the Wellsboro lead, until the waning moments of the half.

In the 35th minute of play, Loyalsock would get a slow-roller to dribble between the legs of Gehman, and brought the game to a 1-1 tie right before the half.

The score would hold with both teams scratching and clawing to pick up the win.

Early in the second half, the Lancers would strike again and 10 minutes into play would get another goal by Gehman for their first lead of the game.

But Wellsboro would answer, and with time ticking down Poirier would once again find a teammate on a corner kick, this time Peyton McClure, who would finish the play with a goal and tie the game at 2-2.

Through two overtimes, no team would find a way to get a score and the contest would end in an indecisive draw between two teams who played an extremely competitive game with playoff intensity.

Gehman was phenomenal in the contest for Wellsboro, who despite giving up 16 shots on goal, the goalkeeper was able to make big plays for the Hornets allowing them to tie the game late.

Wellsboro was back in action on Tuesday, Sept. 14 in a road contest against Northeast Bradford at 4:30 p.m.