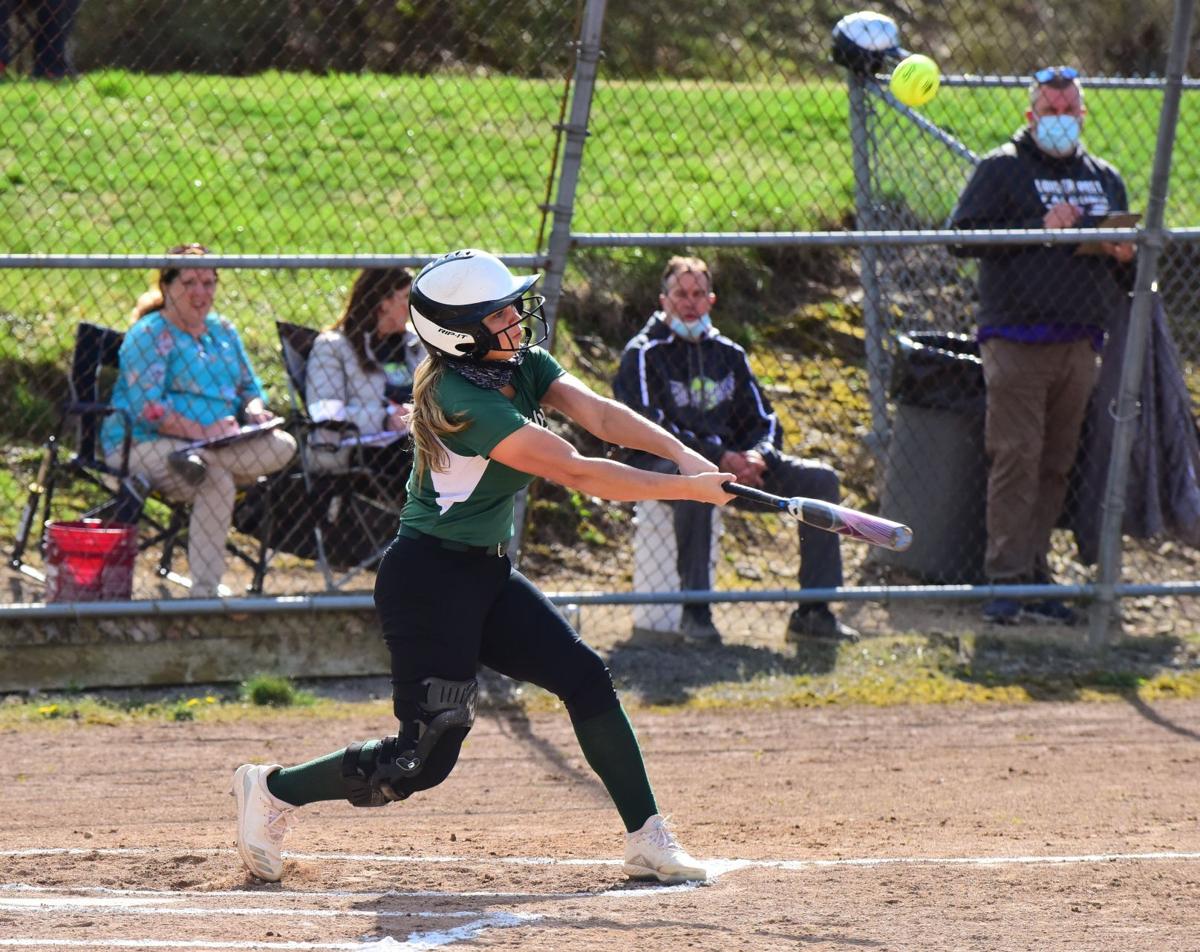 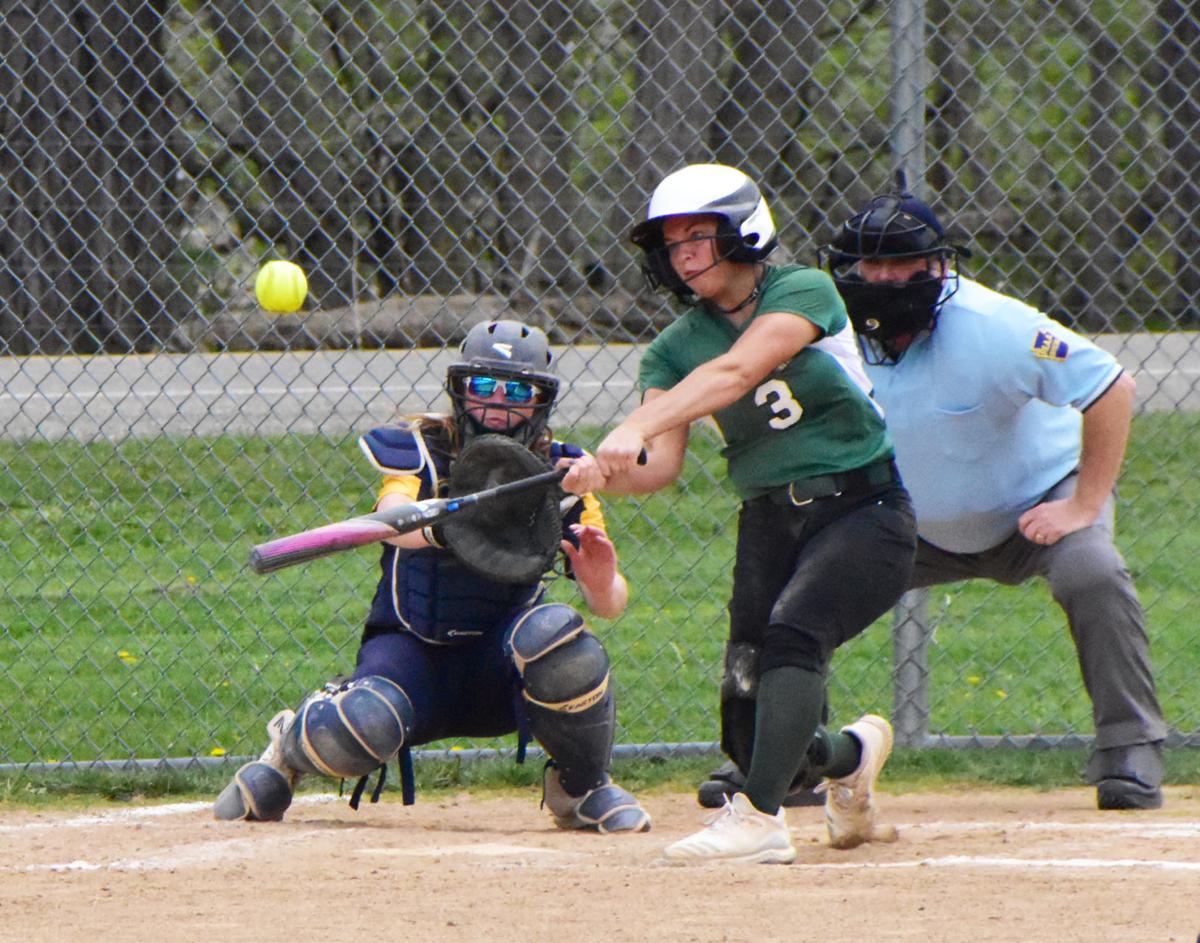 Wellsboro’s Kerrah Clymer picks up a hit during their contest with CV on Wednesday, April 28. 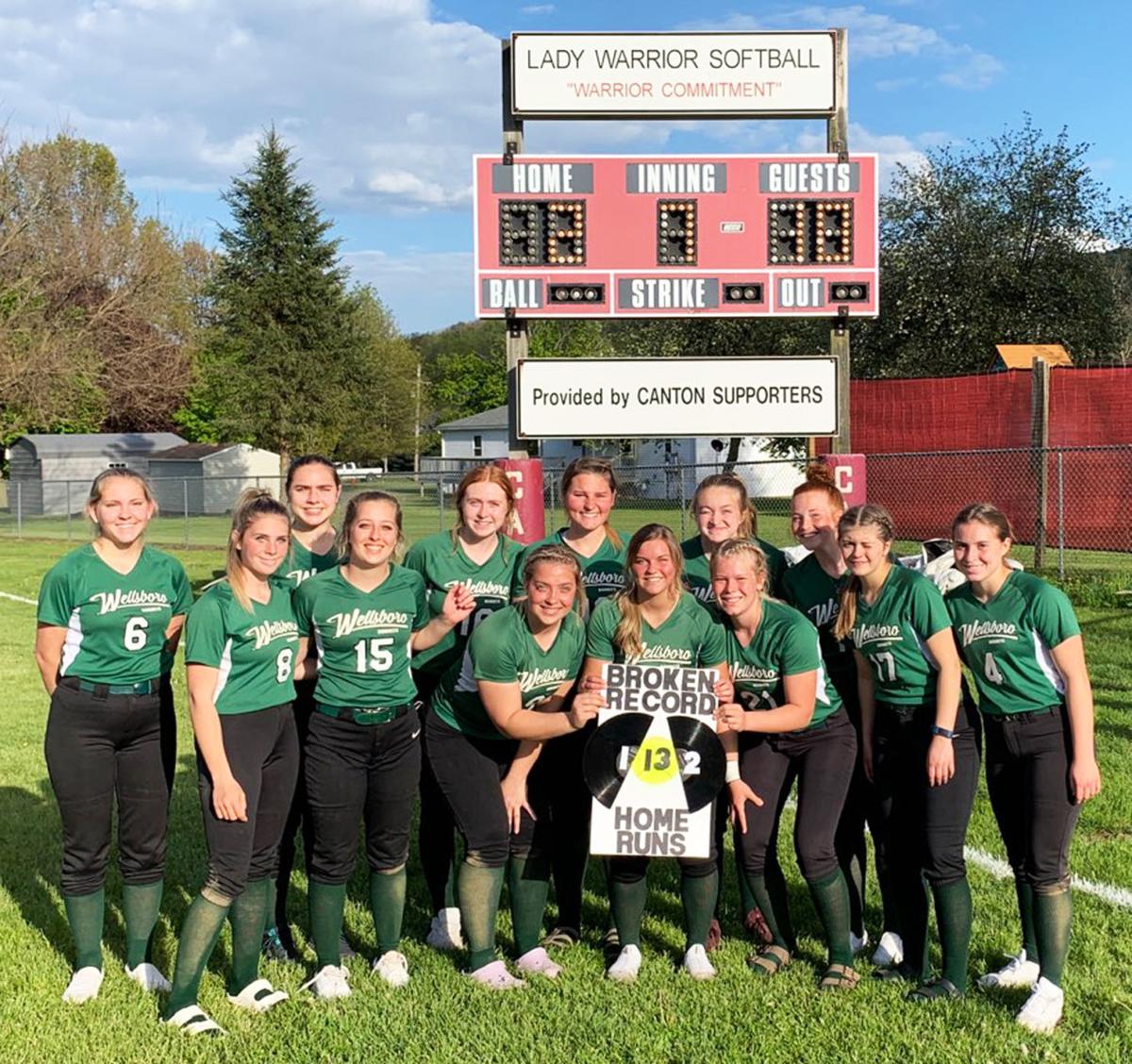 Wellsboro’s Kerrah Clymer picks up a hit during their contest with CV on Wednesday, April 28.

There have been a lot of great hitters in the history of Wellsboro Lady Hornets softball, but now there is a new champ of the long ball as on Friday, May 14 senior Kerrah Clymer etched her name in the history books as not only the single-season home run leader with seven, but also the all-time queen of going yard with 13 career home runs.

“It’s the best feeling in the world,” Clymer said with a smile of what it feels like to get ahold of a ball and send it over the fence. “It just feels so good.”

In a career that started as a freshman who only knocked in one home run in the 2017-2018 season, Clymer never thought she would be in a position to be atop of one of the most polarizing stats in softball, but now stands alone as the home run queen of Wellsboro.

“No I didn’t think I would at all,” Clymer said of if she ever thought she would have a chance to break the home run record for Wellsboro softball.

But here we are, Clymer has now knocked in 13 career-homers, and is still counting, and broke Maggie Smith’s record that was set seven seasons ago.

“Milestones are always great,” Wellsboro Softball Head Coach Ron Brought said. “We want to come out and play winning softball, and when the girls can get some recognition and achieve important milestones along the way, it’s just a bonus. They work too hard not to have some individual recognition.”

The most impressive part of the record for Clymer is how she accomplished it.

With her freshman and sophomore seasons in the books with six total homers, her junior year was taken away due to COVID-19, and would need a herculean, record-setting senior season to be able to make it to the top of the home run mountain, and despite the odds stacked up against her, she still delivered.

“There’s a lot of ways these players have suffered because of the loss of a season last year,” Brought said. “Fortunately, she’s been able to perform at a level where she could accomplish some of these records. But it’s just unfortunate for everyone involved what transpired last year.”

Though Clymer holds the record now, it raises the question of how much she could have rewritten the Wellsboro record books if she had that extra season. Even though she missed her entire junior year she more than made up for it during this season.

Regardless of what could have been, the attitude of being a team first player has been a staple of her time in Wellsboro, and Brought attributes that to her approach to the game.

“The mindset she has is a huge attribute,” Brought said. “When it comes to being successful in any sport, Kerrah is one of many on this team who have that mindset. They come out and play for the team and play for each other and good things happen.”

It looked all but certain in the early section of the season she would get to the historic mark, as her incredible start to the season saw her hitting two home runs in her very first game of the 2021.

She had tallied six home runs total in her first 10 games to set her personal best for home runs in a season, then she hit a midseason lull that saw an eight-game drought for the slugger.

“I hadn’t hit one in like eight games so I was feeling a lot of pressure,” Clymer said. “Everybody was like ‘Oh, you need to hit your home run’ so I just had to relax and focus on just hitting the ball. My coach was really encouraging and he just said focus on hitting the ball and the home runs will come.”

Now that the record has been set for the senior, a weight has been lifted, and it couldn’t come at a better time.

“I would think so,” Brought said on some weight being lifted from the seniors shoulders heading into the final stretch of the year. “Sometimes, even players at this age, press and try to do too much. Fortunately, her teammates were able to pick up some of the load in some of those games where she may not have been having the success she was looking for. But it has still been a great season.”

The Lady Hornets have all the momentum moving in their favor as they have won six straight contests heading into the District 4 Class AAA Playoffs, and Clymer can now play free without the possibility of an all-time record looming over her head.

”I’m just much more focused on winning now,” Clymer said. “And just doing what I can to be good for my team. We’re really excited and feeling pretty confident because we have been playing really good this year so we are just really excited.”

Clymer is also extremely hopeful to get a chance to host a playoff game in the opening round, and she should be, with five of her seven home runs on the year coming on the Lady Hornets home turf.

“I am really excited,” Clymer said. “I always love playing at home.”

Wellsboro now holds the fifth seed in the District Playoff bracket and with other teams still playing will possibly have the chance to move up in the standings and host a game.