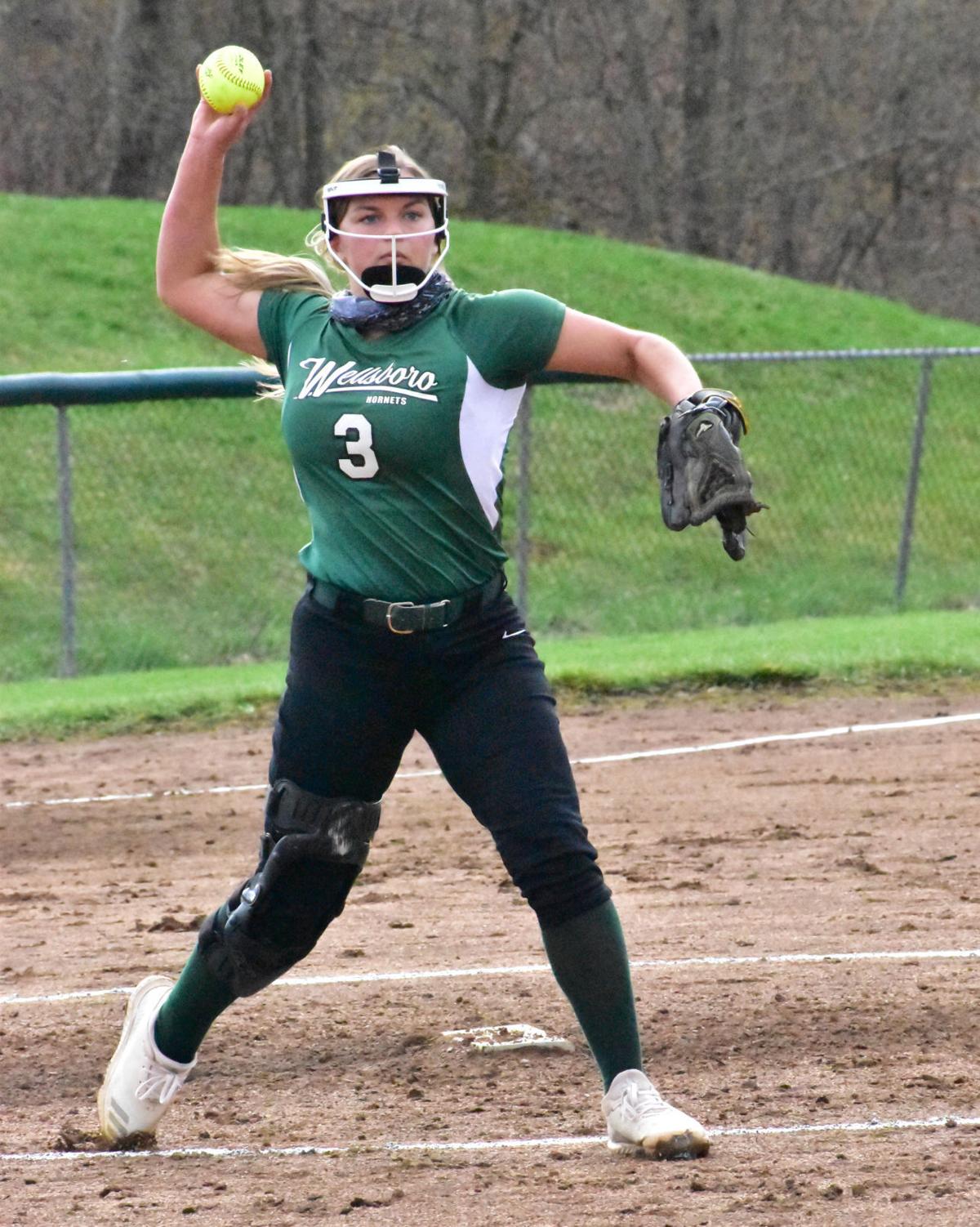 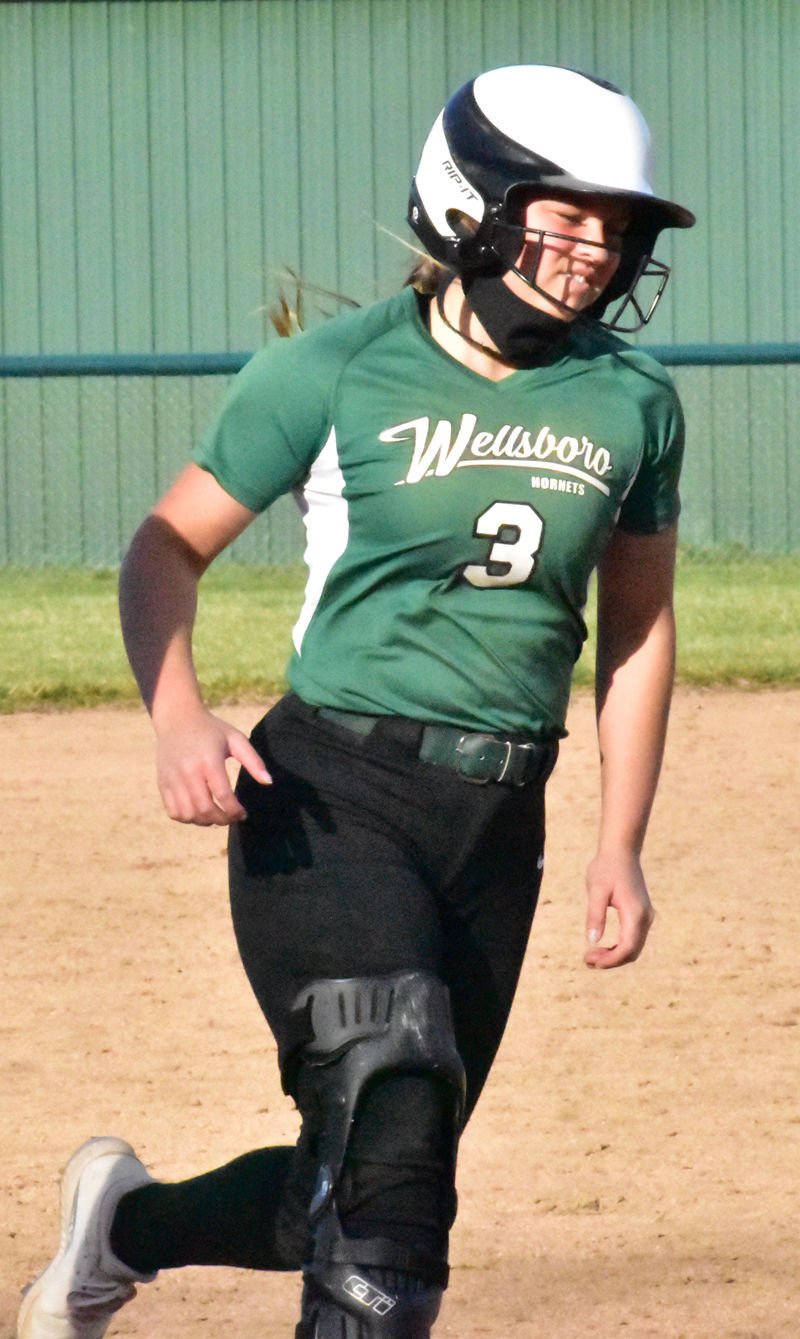 Senior Kerrah Clymer rounds the bases after knocking in her second home run of the evening in their win over Williamson on Tuesday, March 30. 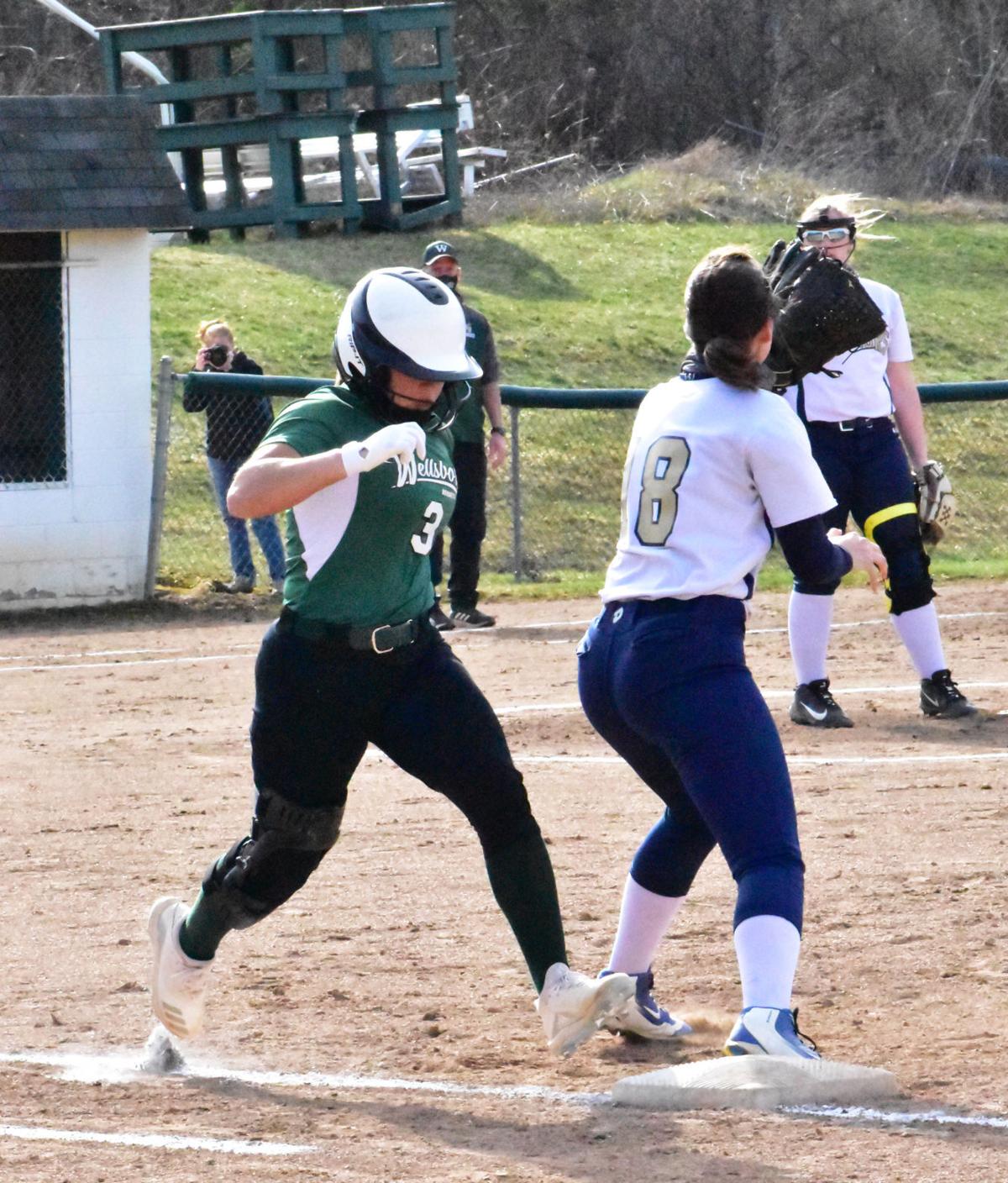 Wellsboro Lady Hornet Kerrah Clymer beats the throw at first base during their win over Williamson on Tuesday, March 30. 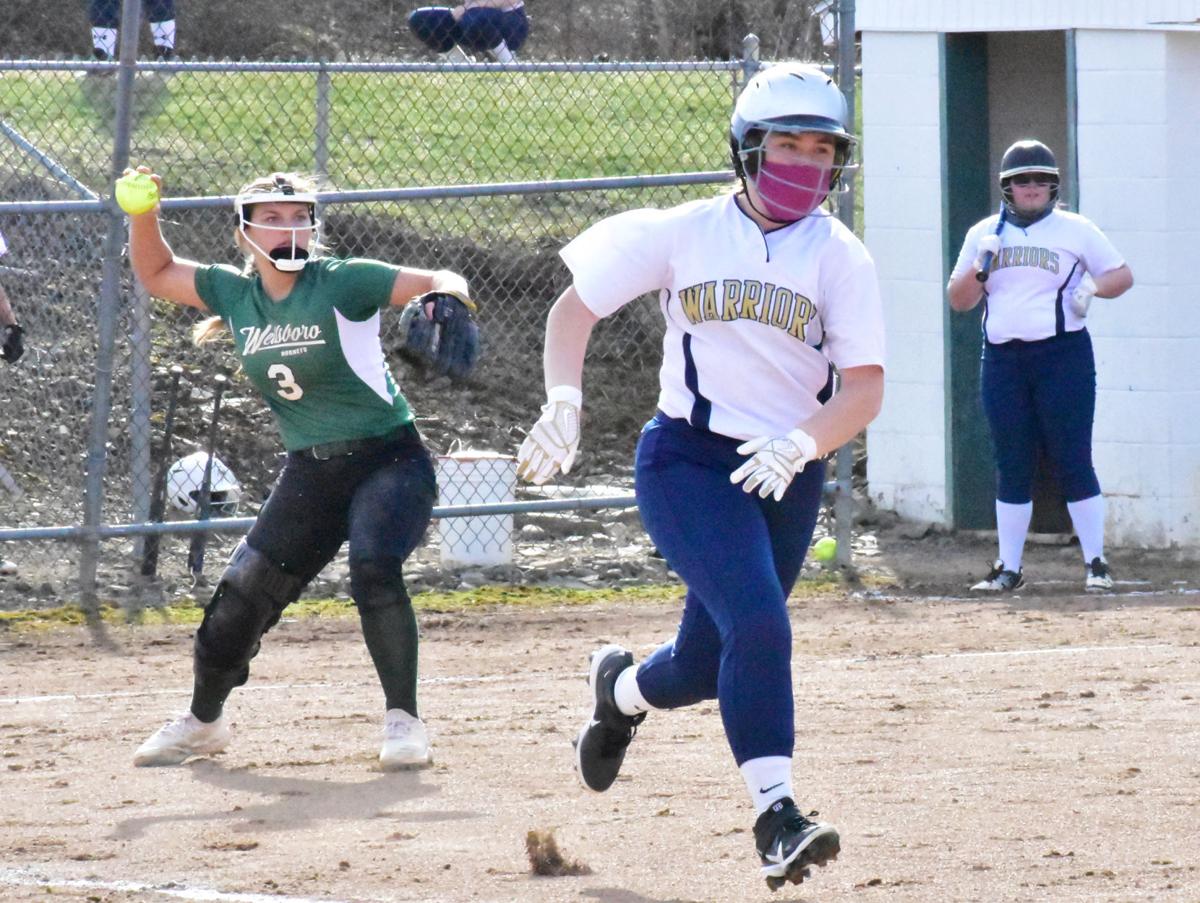 Kerrah Clymer fields the baseball to make a throw to first during their win over Williamson on Tuesday, March 30.

Senior Kerrah Clymer rounds the bases after knocking in her second home run of the evening in their win over Williamson on Tuesday, March 30.

Wellsboro Lady Hornet Kerrah Clymer beats the throw at first base during their win over Williamson on Tuesday, March 30.

Kerrah Clymer fields the baseball to make a throw to first during their win over Williamson on Tuesday, March 30.

Senior Wellsboro Lady Hornet softball player Kerrah Clymer put together an all-time great season in 2021 and for her overwhelmingly impressive year has been named the Tioga Publishing Softball Player of the Year.

Clymer did it all for the Lady Hornets in the 2021 season and put together a complete season that saw her set a single-season (7) and all-time (13) record for home runs.

“A softball team is only going to be able to go far without strong pitching,” Wellsboro Head Coach Ron Brought said. “That was kind of a question mark coming into the season. Kerrah had pitched in the past and done well and I talked to her and said, ‘We’re going to need you. She came to me in the preseason and said, ‘Coach, whatever you need me to do.’”

Clymer was able to answer that call and pitched 99 innings for her team with 83 strikeouts on their way to a 15-6 record during the year.

“The team’s success was super important to me,” Clymer said. “It was super nice to have a good year because I wasn’t sure what to expect. We had a year off and we had half of a new team, so it was just fun getting to play with a different team and still do well.”

Clymer opened up her season on fire and never let up, she belted two home runs the first game of the year which would be a sign of things to come in the future.

“The first game of the year was probably my favorite,” Clymer said. “We did well and it was the first time playing in so long so it was just great to be with the team.”

Clymer used the momentum from the first game to shatter a few records in the Wellsboro history books, and during the year she was able to hit seven home runs (best in the NTL and a Wellsboro single-season record) and upped her career total to 13, which has never been done in school history.

“She’s just an extremely talented hitter,” Brought said. “So to have her have the season she had, it was huge for us. She’s a strong hitter and a strong base-runner who helped us in multiple facets.”

One of the most underrated parts of the season that Clymer put together was her leadership. Her work ethic and drive are a big part of the success she has seen throughout her career in a Hornets uniform.

“Coaching her is very easy which speaks to her character,” Brought said. “She was willing to do something (pitching) which may not be her favorite thing to do, but knowing that for her team to have success, it was something she needed to do.”

Now that her career has come to a close, the thought of playing her last season of softball is a sad one, but the impression Clymer made on the younger players should be a lasting one.

“I try not to think about it too much, it’s sad but I’m excited about the future,” Clymer said of playing her last season of softball. “I just think it’s really important to be a good leader and just show the young girls what they need to do and that hard work pays off and it’s what you need to do to be the best you can.”