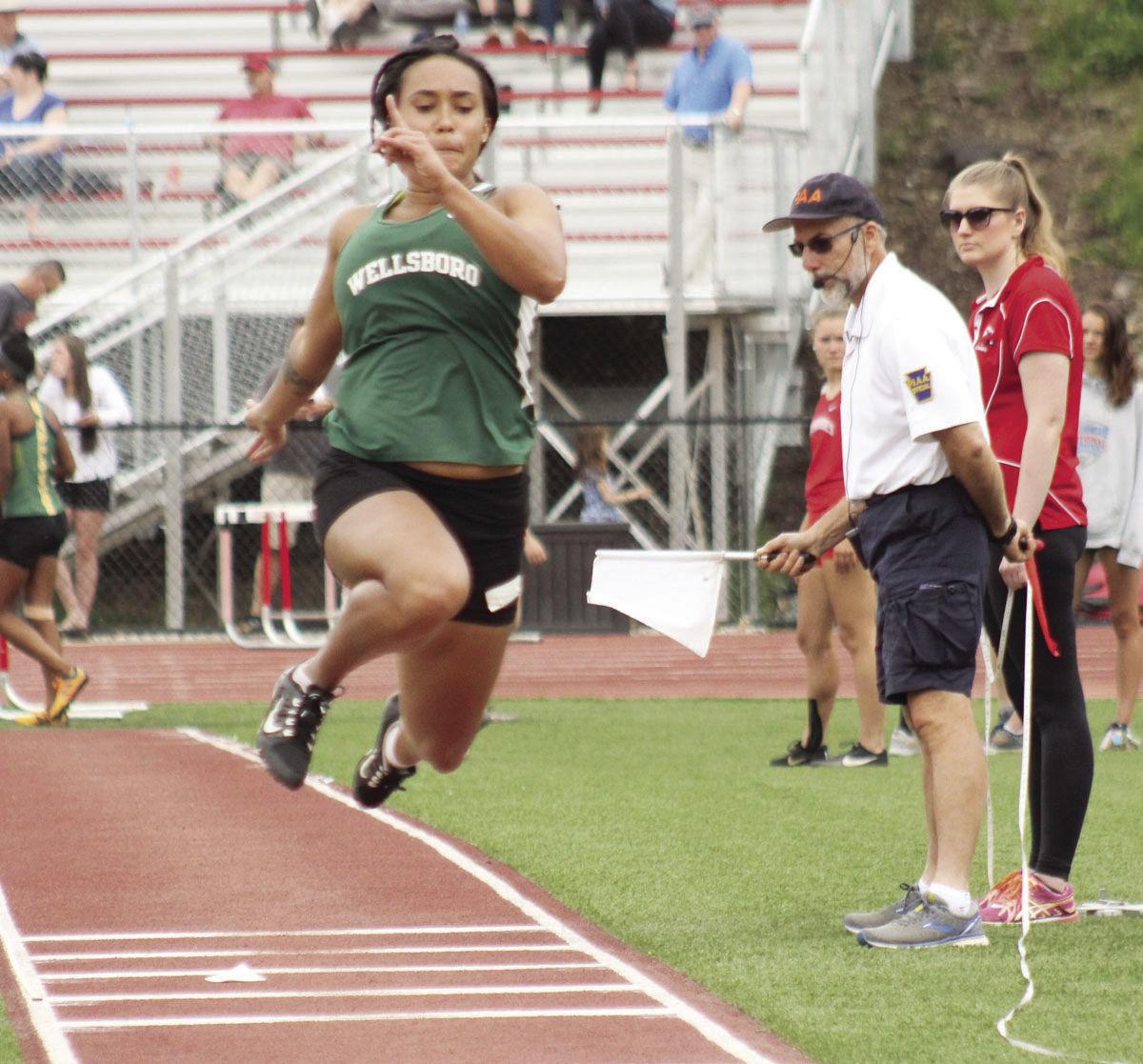 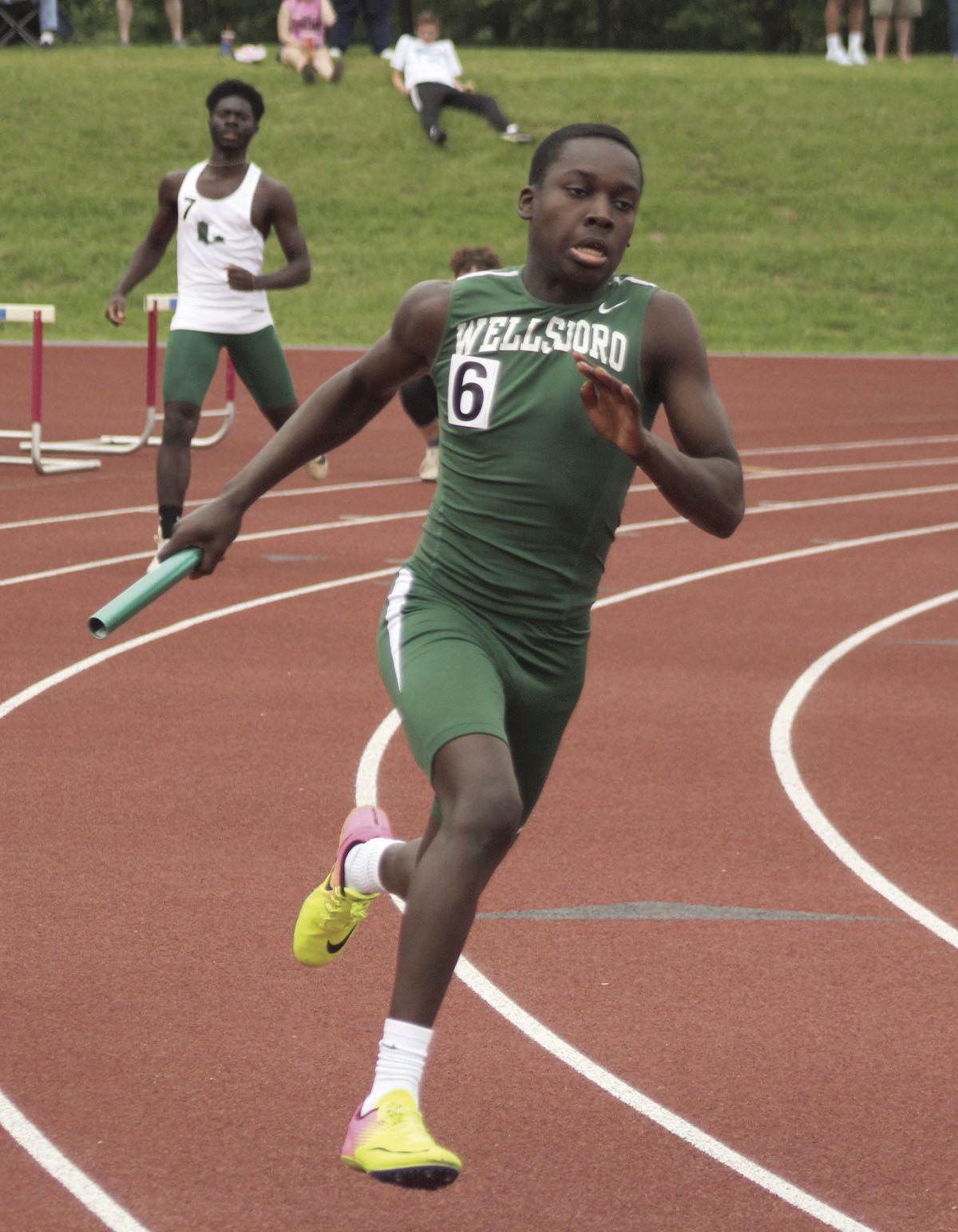 Joseph Grab rounds the corner in the 4x100 meter relay. Wellsboro would place third and fall just short of a state qualifying time.

Joseph Grab rounds the corner in the 4x100 meter relay. Wellsboro would place third and fall just short of a state qualifying time.

Wellsboro’s Dahlia Hosey capped off her senior year for the Hornets with a trip to states in the triple jump for the track and field team.

Hosey began the 2019 season with a back injury that limited her in competition and practice. The fact that she was able to bounce back from the injury and not just do well, but take gold with a mark of 36 feet and one and one-quarter inches, illustrates her determination and resiliency.

Hosey was confident going into the event. Her PR for the season was 35-5. She beat that mark by eight and a quarter inches in the district championship to enter states at the peak of her season.

Before the event, Hosey said she just wanted to do well for herself and she did that. Hosey will now compete Saturday, May 25 at 12:30 p.m. at Shippensburg University.

In the boys events Silas Wagaman made the podium for the Hornets with an eighth place finish in the 100 meter finals with a time of 11.55.

Cam Tennis finished just shy of the podium with a ninth place finish in the 200 meter finals. Tennis did better in the 400 meter run, where he took sixth with a time of 52.05.

Wagaman, Tennis, Joseph Grab and Brett Rudy were firing on all cylinders in the 4x100 meter relay. They earned a third place result and narrowly missed a state qualifying time. “We had a fun year, we went in early in the mornings because we knew where we wanted to be. We might not have gotten the result we wanted but I had a good time with the guys this year,” Grab said.

Rudy added, “They just set a district record in first place, so we didn’t do too bad.”

With this being Rudy’s senior season, Rudy described the relay being his last event as bittersweet. “I have things to look forward to with soccer but making states is always the thing you want to be able to say, but then again it is just something to say. We had a good year and it was a lot of fun.”

In the field events Frank Kewitt placed sixth with a mark of 5-9.