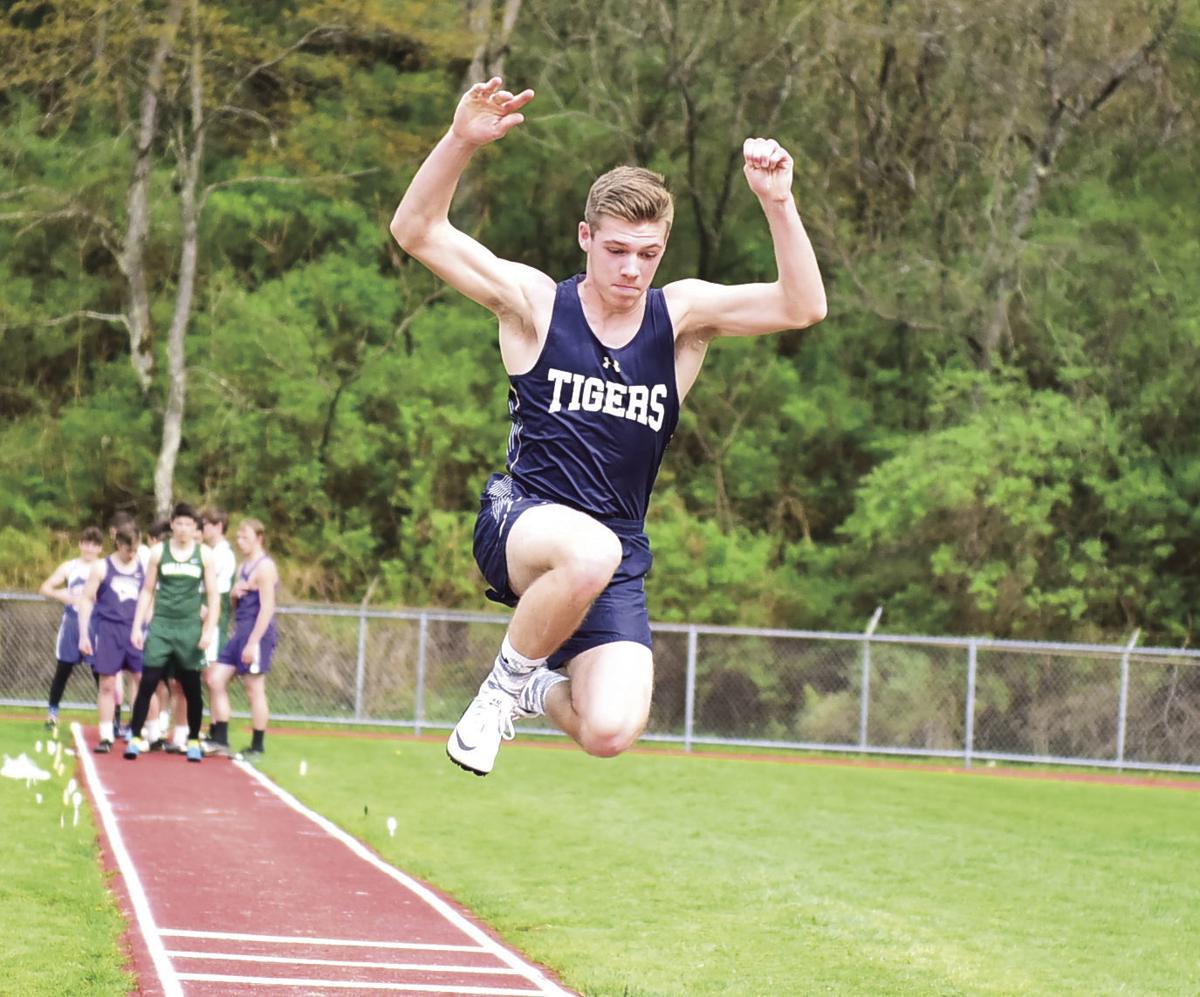 Kaelan Matczak competed in the long jump and the triple jump for North Penn-Mansfield Friday at the Coudersport Invitational. 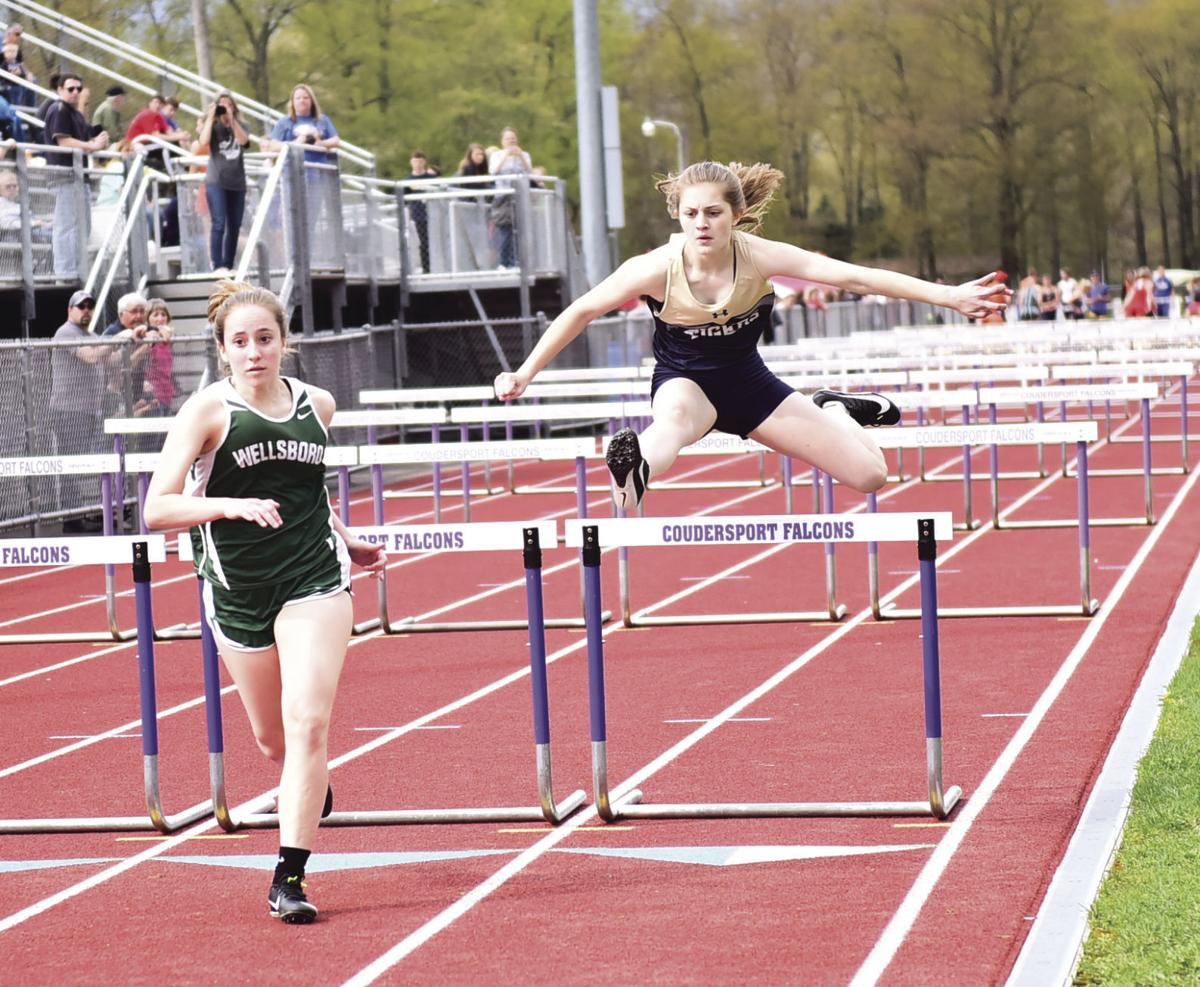 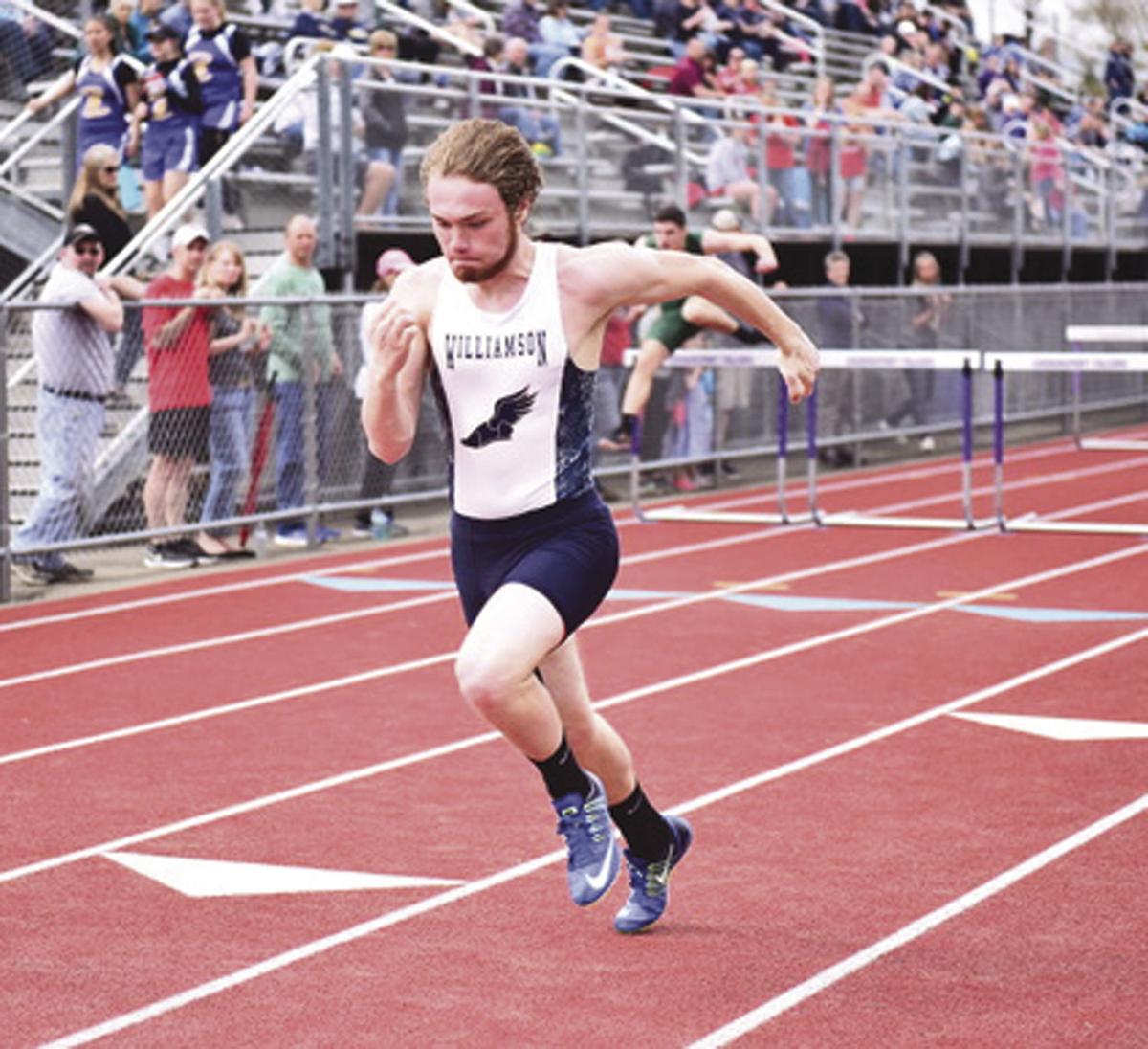 Kaelan Matczak competed in the long jump and the triple jump for North Penn-Mansfield Friday at the Coudersport Invitational.

At the Coudersport Invitational Friday, May 3, North Penn-Mansfield, Wellsboro and Williamson competed with 10 other schools in the third to last regular season meet.

Williamson bested both Wellsboro and North Penn-Mansfield with five first place finishes between the girls and boys events.

The Hornets and Tigers posted one first place result each.

The top performer for Williamson was Claire Miller who posted a season-best in the 200 meter dash and placed in the top five in four events with three top three finishes. Miller placed first in the 100 meter hurdles with a time of 16.43. In the 300 meter hurdles, Miller’s time of 51.76 was just behind fellow teammate Felisha Earle whose first place season-best time of 50.15 in the event was her top finish on the day.

Lakota Gehringer placed second in the javelin throw with a mark of 138 feet and three inches.

Lauren Singer earned a fourth place result in the javelin throw with a mark of 98 feet and nine inches.

Placing behind Hosey in the long jump was Megan Starkweather with a mark of 15 feet and three inches in fifth place.

In the boys competitions, Brett Rudy recorded Wellsboro’s first place finish in the 200 meter dash with a time of 23.89 which was a season-best.

Joseph Grab was just behind Rudy in the 200 meter dash with a season-best time of 24.03.

Hunter Brown also earned a second place result for Wellsboro, his coming in the discus throw where his season-best mark of 128 feet and five inches was bested by Cale Ayers from Coudersport.

Frank Kewitt recorded a third place finish for the Hornets in the high jump competition with a mark of five feet and eight inches.

North Penn-Mansfield was led in the girls competitions by Grace Tice who notched a first place result in the javelin throw with a distance of 105 feet and six inches.

Nathaniel Johnson was the top performer for the Tigers in the boys events. Johnson earned a second place finish in the 800 meter run with at time of 2:09.70.

North Penn-Mansfield, Wellsboro and Williamson would meet again less than a week later in the second to last regular season meet, Tuesday evening in Wellsboro.