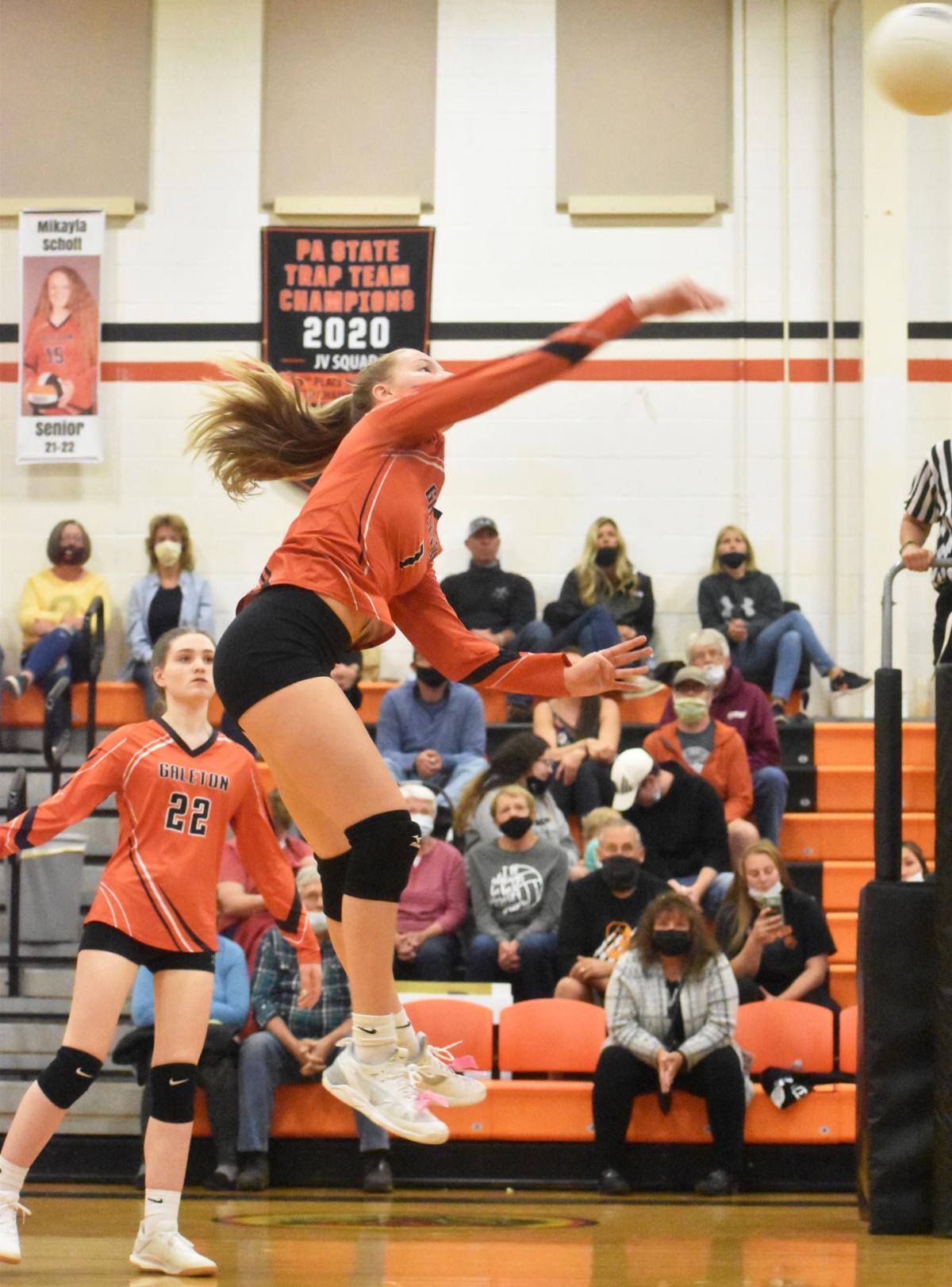 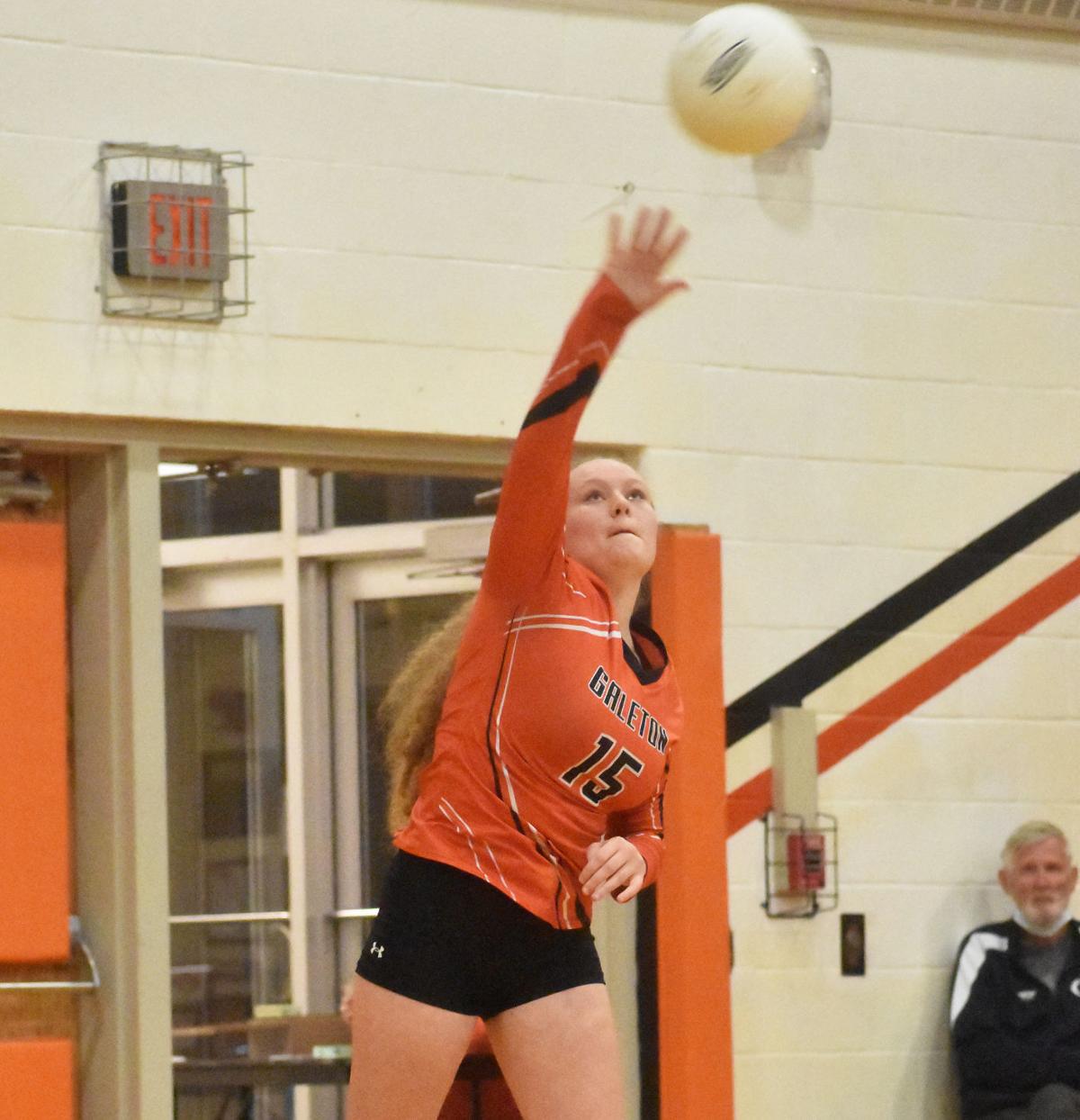 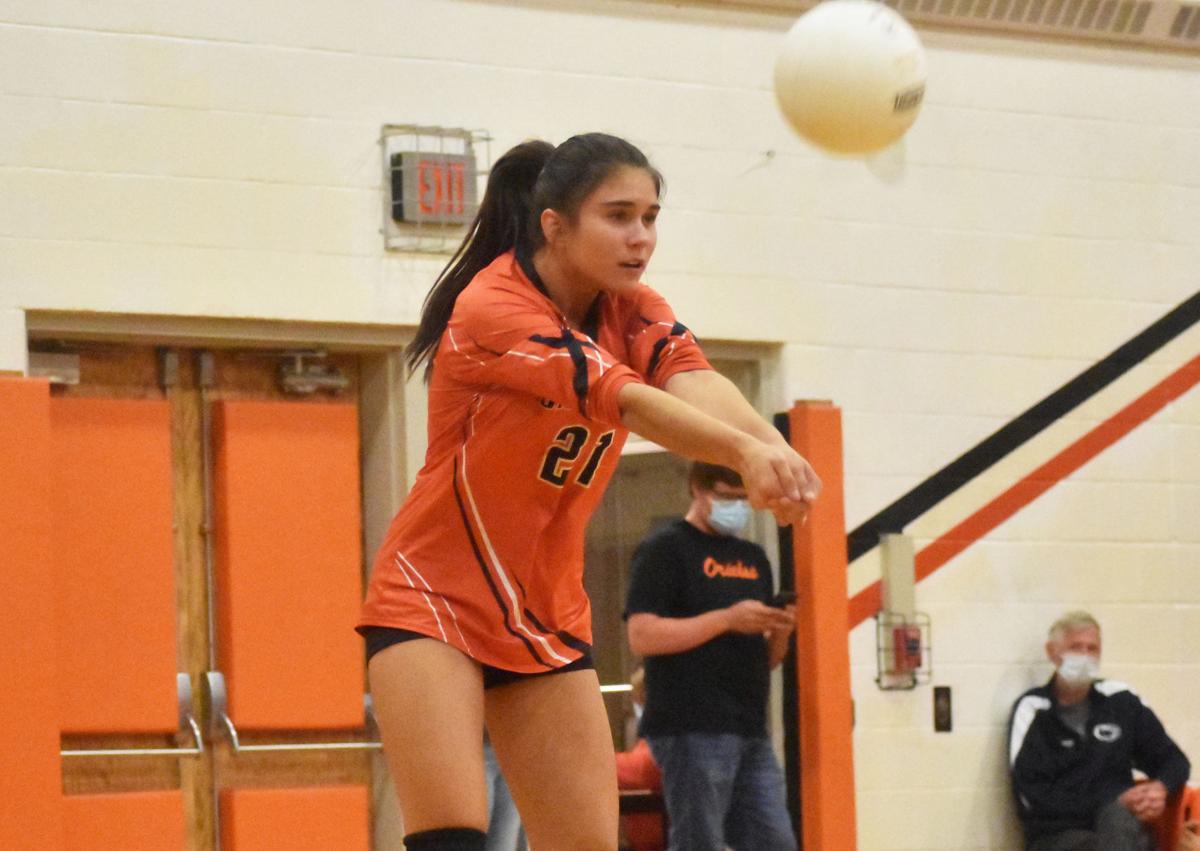 photo by Nick Coyle Galeton’s Eve Cole gets underneath a ball earlier during the 2021-2022 season. 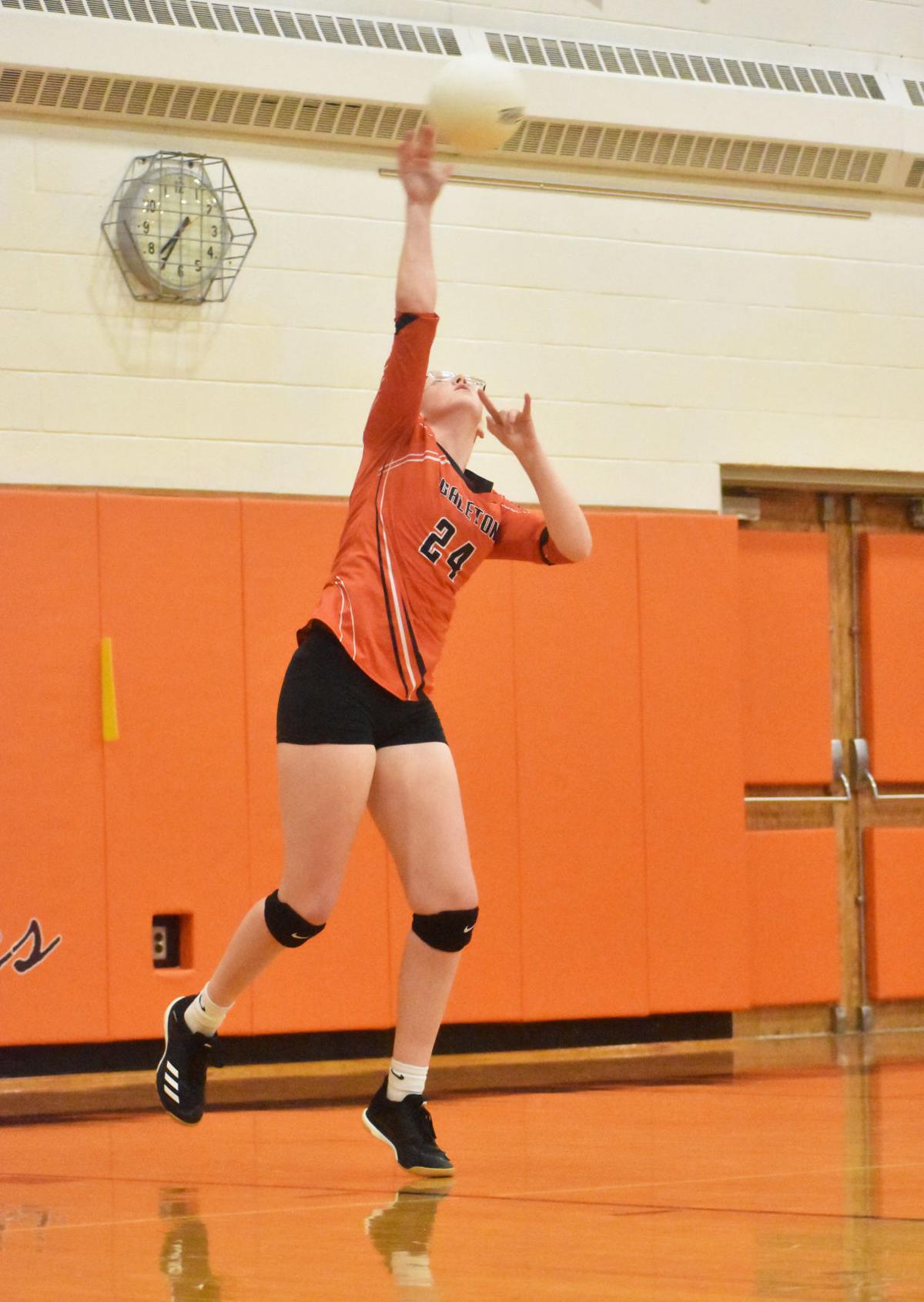 photo by Nick Coyle Galeton’s Eve Cole gets underneath a ball earlier during the 2021-2022 season.

The Galeton Lady Tigers volleyball team (11-2) finished their week off 2-0 as they were able to sweep Cameron County on the road on Thursday, Oct. 7, and also swept Austin on Tuesday, Oct. 12 to pick up their 11th win of the year as they continue to roll through their season.

Up to this point, according to the MaxPreps Pennsylvania Class A State Rankings, the Galeton team is the sixth-best team in the state in their division and has shown it over the past few weeks as they have reeled off six games in a row with 18 consecutive set wins.

In their matchup against Cameron County, Galeton left no room for Cameron County as they were all over their opponent from start to finish in a sweep with scores of 25-10, 25-8, and 25-15, all by 10 or more points.

The serving for Galeton continued to be a strength as they had 13 aces in the win with Sauley leading the charge with six and freshman Eve Cole being able to add four.

Rohrbaugh and Sauley each recorded double-digit digs with 15 and 13 respectively to lead the defense while Sauley also added 12 assists in the victory.

In their next contest, Galeton hosted the Austin team and had similar results as they once again came away with a decisive, sweeping victory by scores of 25-19, 25-17 and 25-23 to give them the victory.

The balance across the lineup once again played a pivotal role in the win, with nearly every player contributing in a meaningful way.

Macensky finished her day off with 14 kills, three blocks, three digs and two aces to lead her team while Sauley also had a nice night on the court distributing the ball with 11 assists to go along with 10 digs, two aces and four kills.

Rohrbaugh added eight kills and six digs, Schott had six assists and seven digs, Cole had eight digs and Holleran also chipped in six digs in the winning effort for the Lady Tigers.

Dickerson also added 10 assists as well to go along with her six kills, three digs and one ace and now sits only a few assists away from the 700 assist mark, which she most likely will hit when she faces her old team and school in Oswayo Valley on Thursday.

The win sets up a collision course between two of the best teams in District 9 volleyball, as Galeton will look to enact revenge for one of their only two losses of the year on Thursday, Oct. 13 as they will host Oswayo Valley in a pivotal matchup.

The Junior Varsity contest is set to begin at 6 p.m. with varsity directly to follow.

Galeton will also be holding a ‘Pink Out’ game to raise money and awareness for breast cancer research on Tuesday, Oct. 19 with all proceed being donated to the Cole Foundation at UPMC in Coudersport with a 50/50 raffle and Charcoal Grill Raffle included.