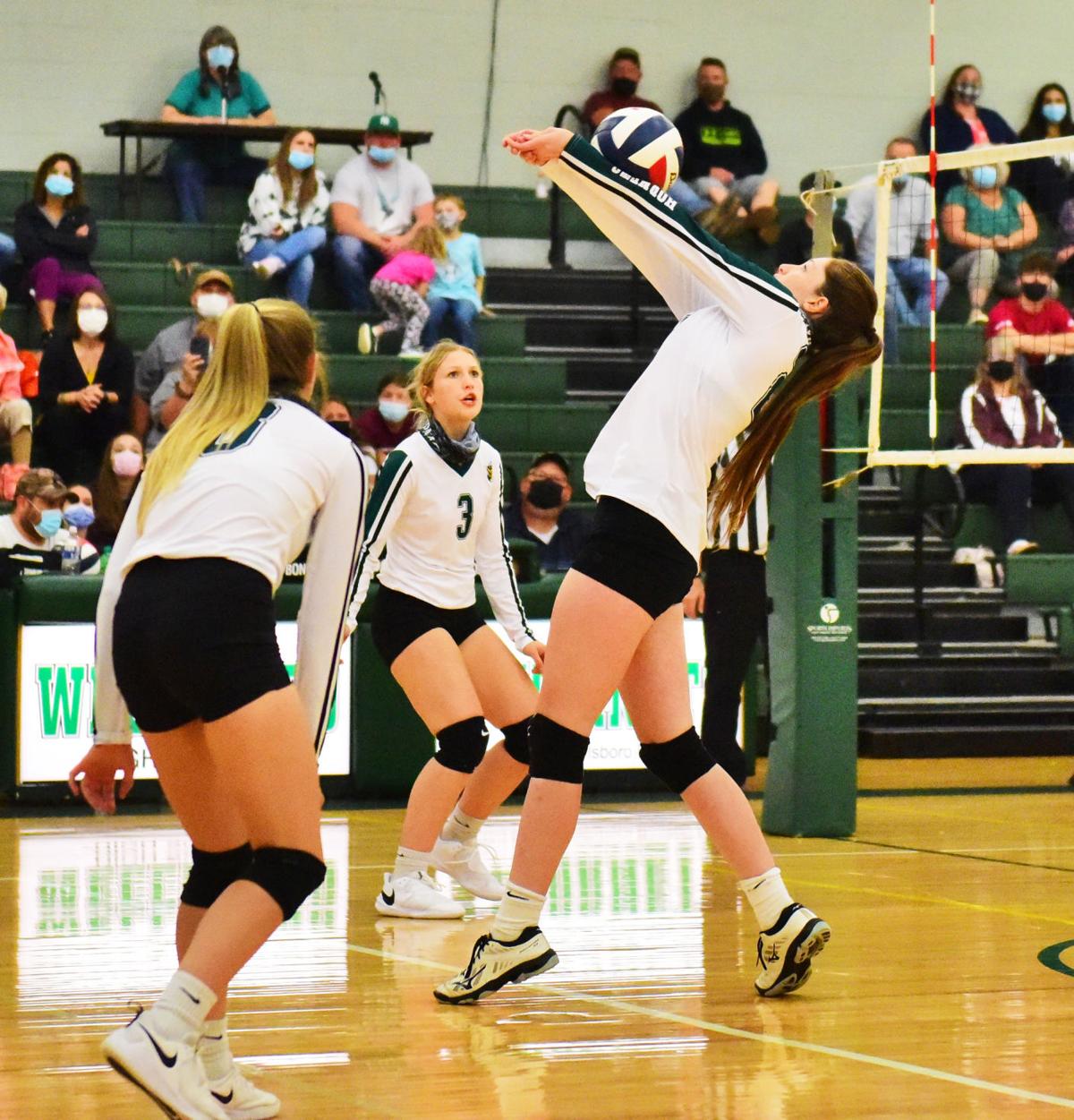 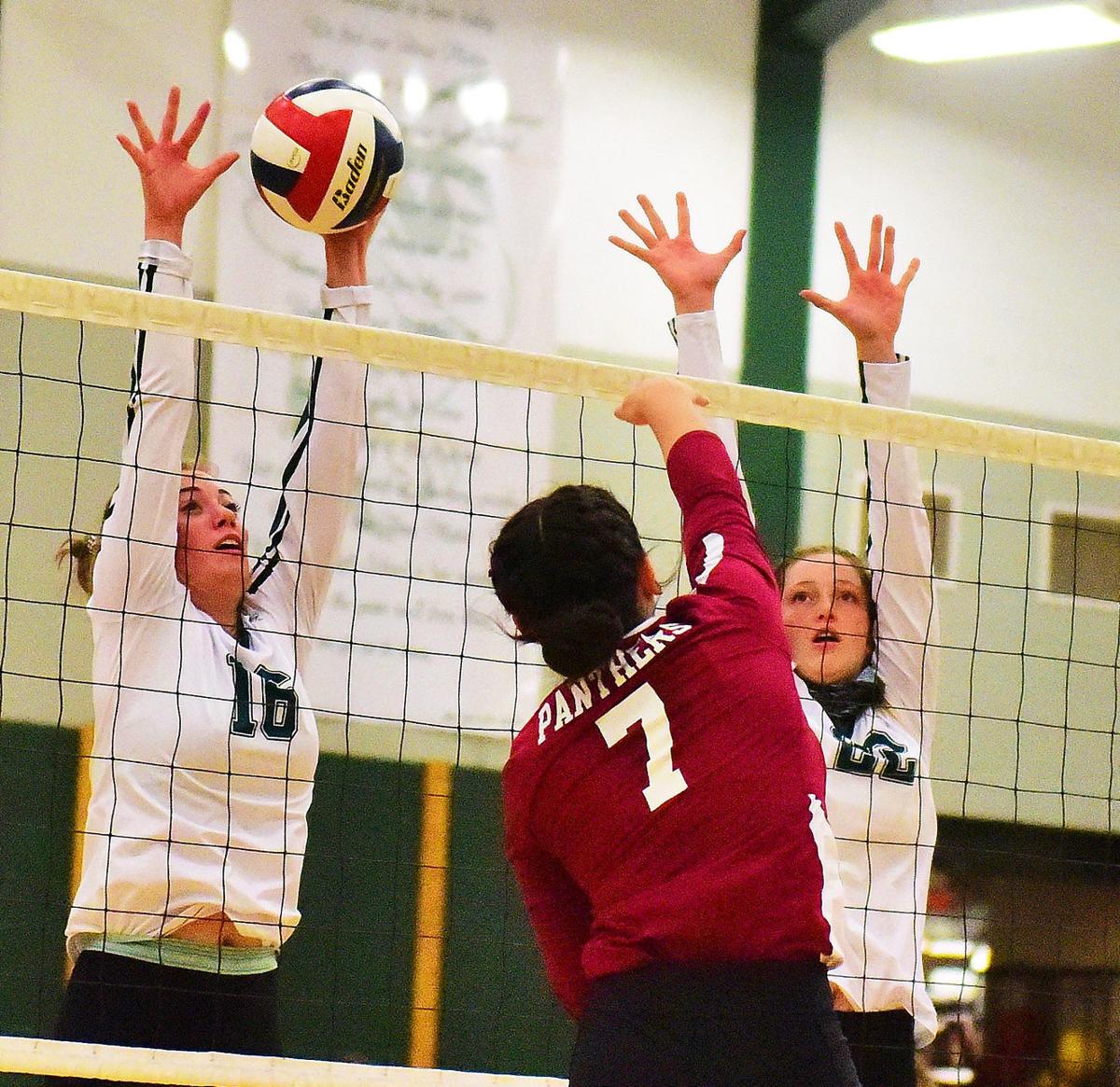 Wellsboro’s Emily Starkweather blocks a shot during their contest with NEB. 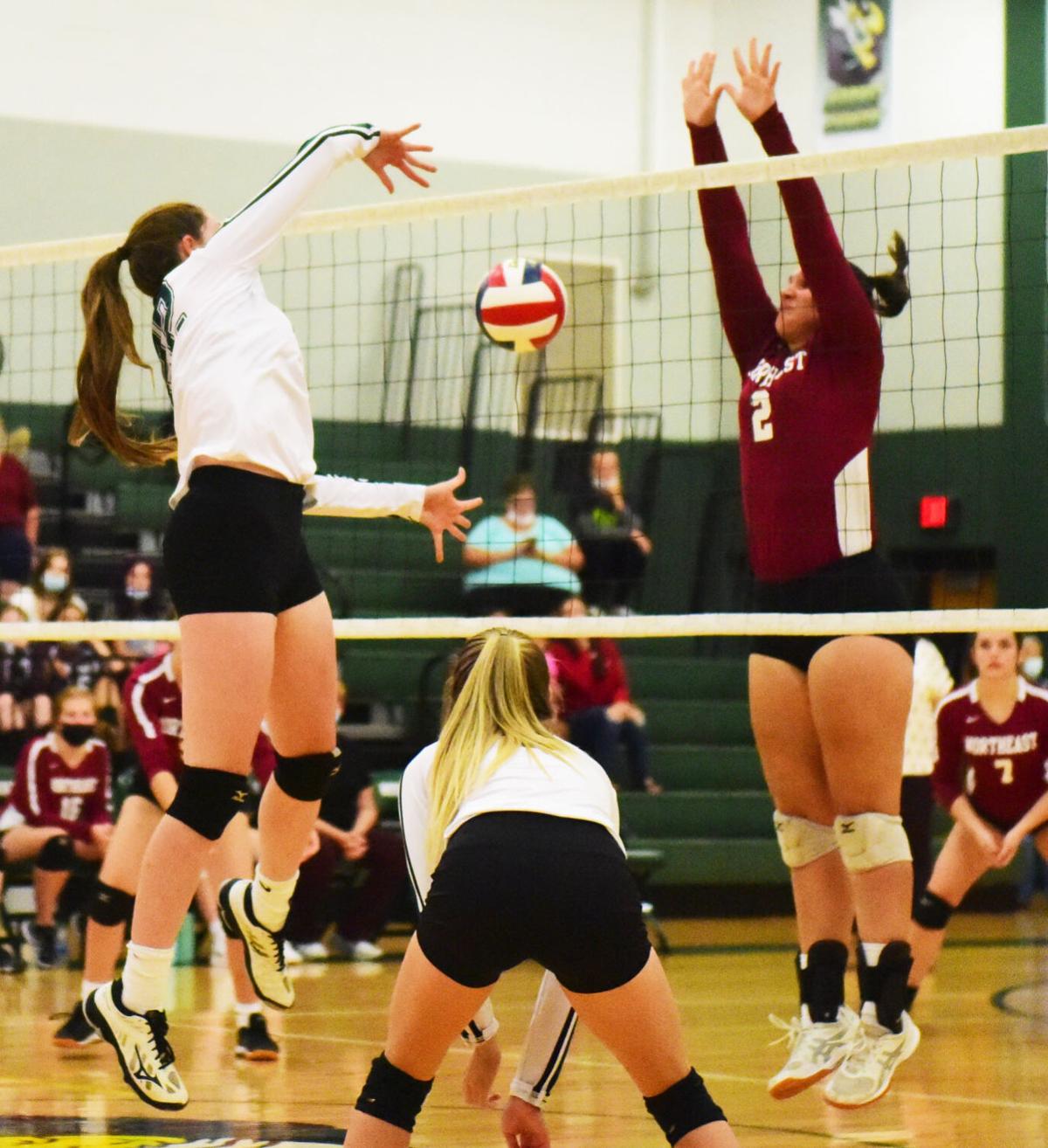 Wellsboro’s Emily Starkweather blocks a shot during their contest with NEB.

In their first game of the year against Northeast Bradford on Wednesday, Sept. 8, the Lady Hornets were unable to pick up a victory as the Lady Panthers won the first two sets by scores of 25-19 and the third set by a score of 25-14.

Wellsboro was led by Madaline Bordas, who had 10 assists, freshman Christina Logsdon, who recorded a team-high four blocks, Emma Owlett, who had five kills, and Brianna Smith, who led her team in digs with 10 on the day.

In their next action, Wellsboro had a much more favorable outcome, with the Wellsboro team getting their first victory of the year in a 3-2 win over CV on Friday, Sept. 10.

The CV team would bounce back in the fourth set with a 25-23 win, and with every set being decided by less than five points, the final one would be no different with Wellsboro pulling out the win in 15-12 victory to close the door on the CV girls.

Wellsboro received another strong outing from Owlett who led her team in kills with 15, while Olivia Servatius and Meredith Brownlee both had five aces as well.

Freshman Logsdon had another strong day with four blocks and Smith once again led in digs with eight on the day.

Bordas turned in another double-digit assist game with 18 as the Hornets picked up their first victory of the year and moved to 1-1 on the season.

Wellsboro’s next was a bout with Williamson at home on Tuesday, Sept. 14 where they were swept by the Lady Warriors, 3-0.

Wellsboro was led by Owlett who recorded nine kills and four points in the effort while Starkweather and Brownlee each added three kills.

Wellsboro were back in action on Wednesday, Sept. 15 as they traveled to Loyalsock to take on the Lady Lancers at 7 p.m.