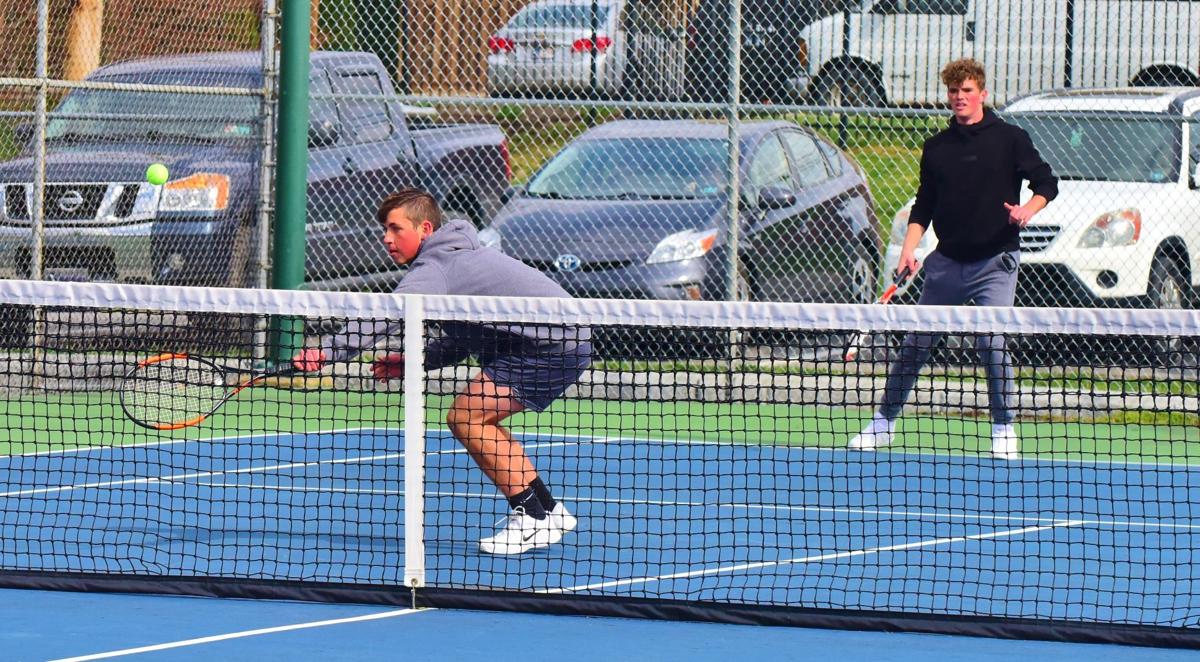 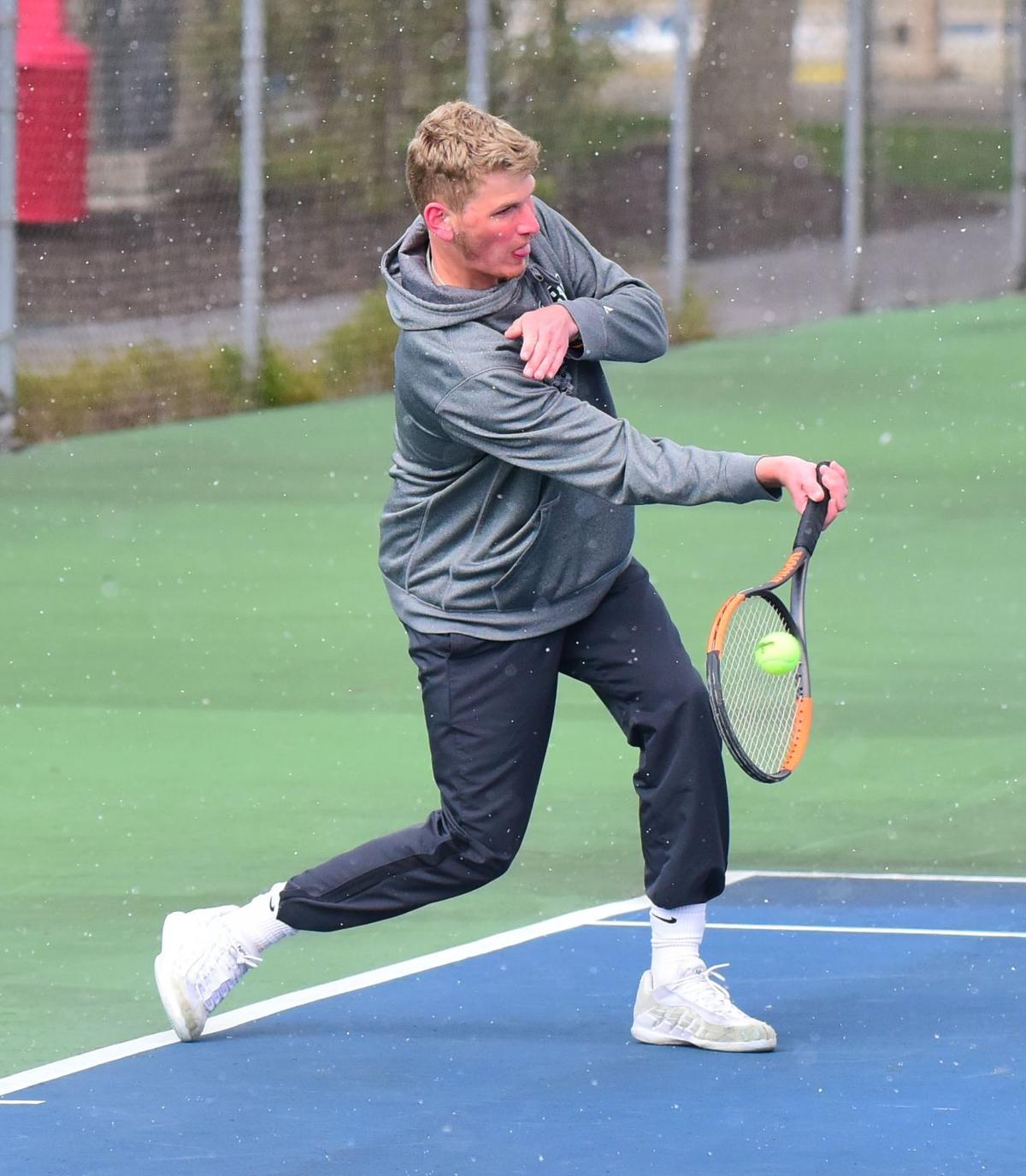 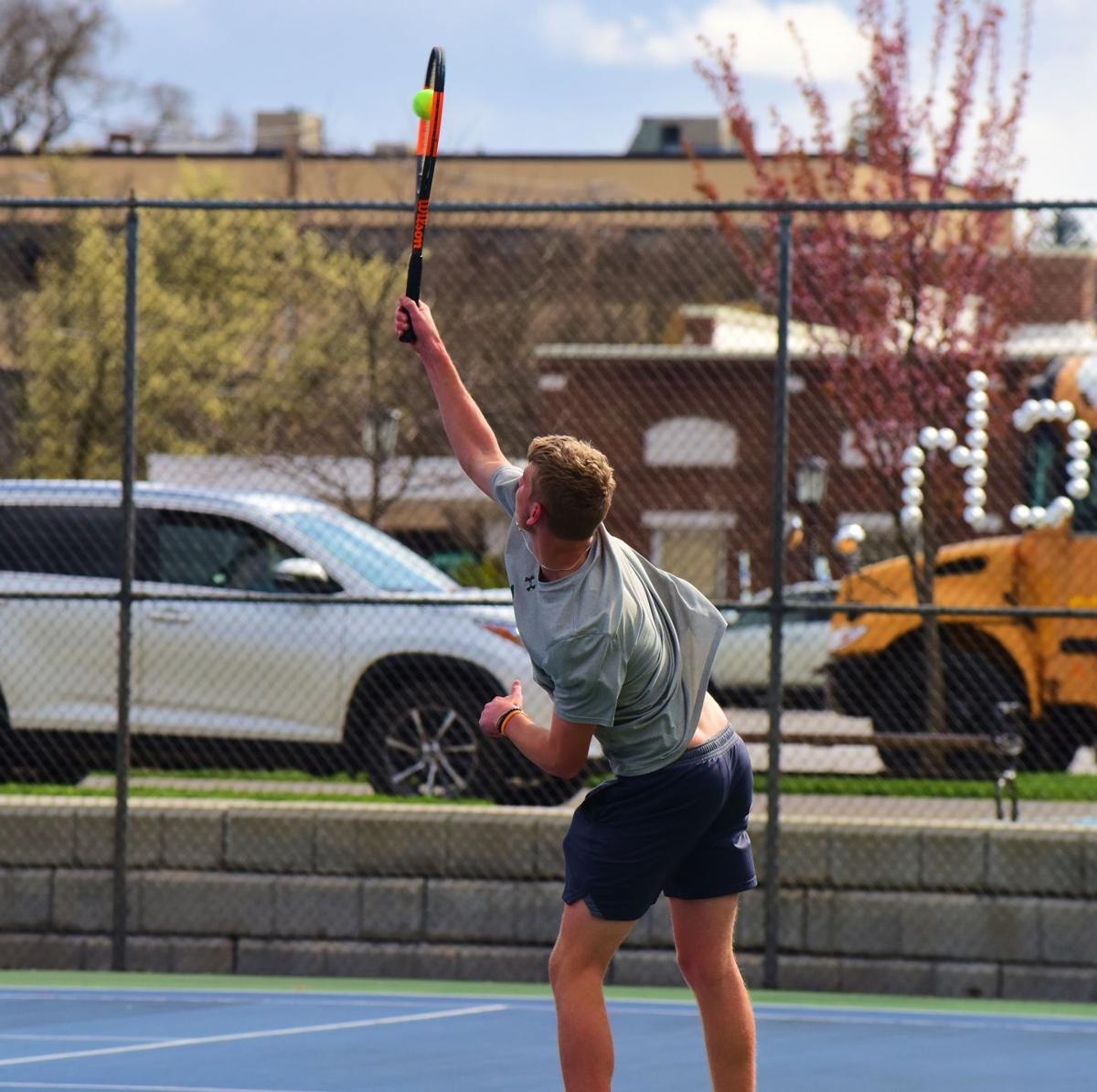 Austin Richards goes up at the net for a spike during Wellsboro’s victory over Towanda on Monday, April 26. 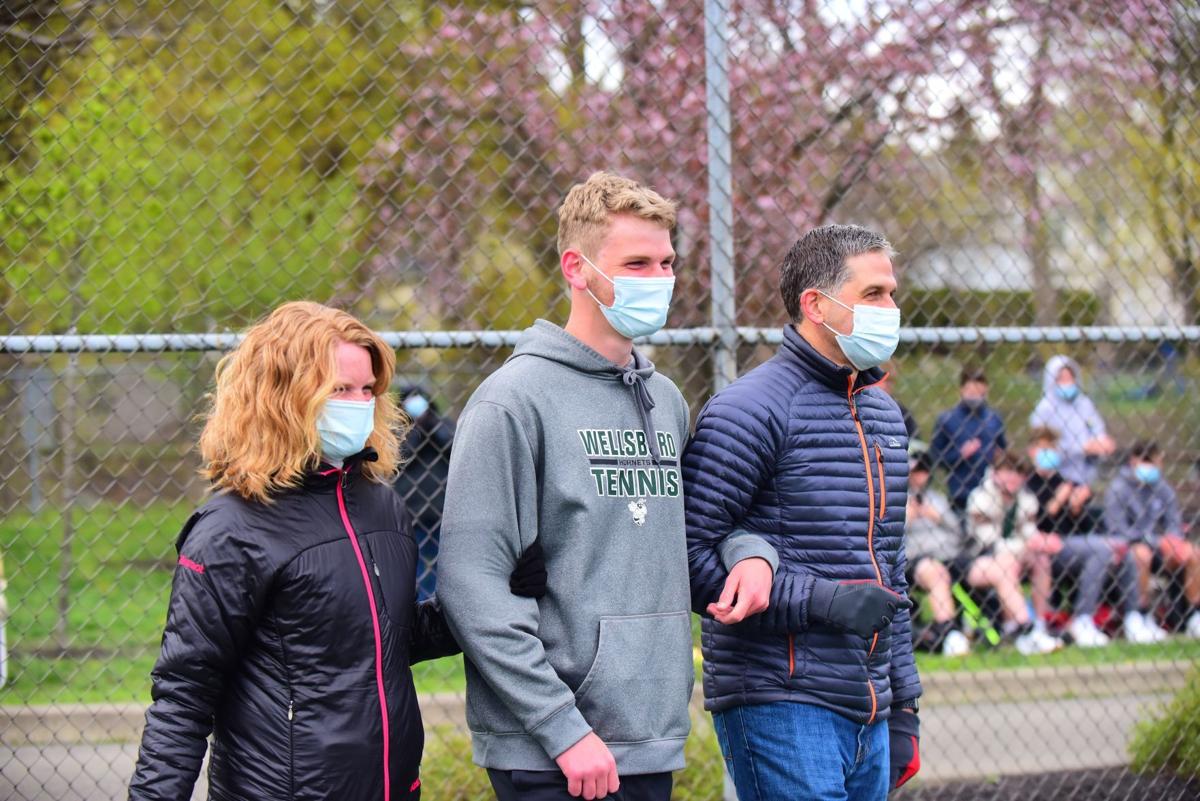 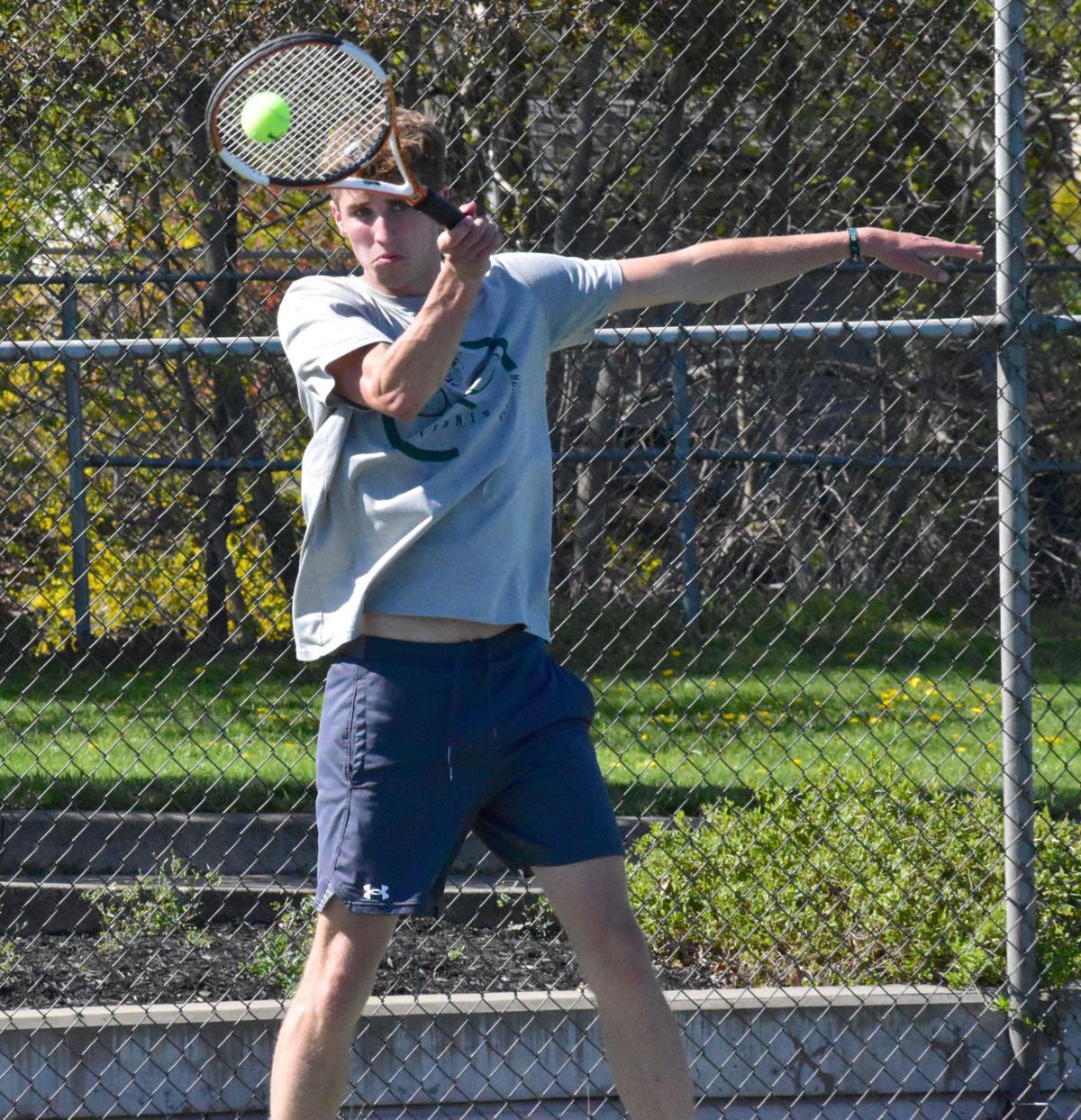 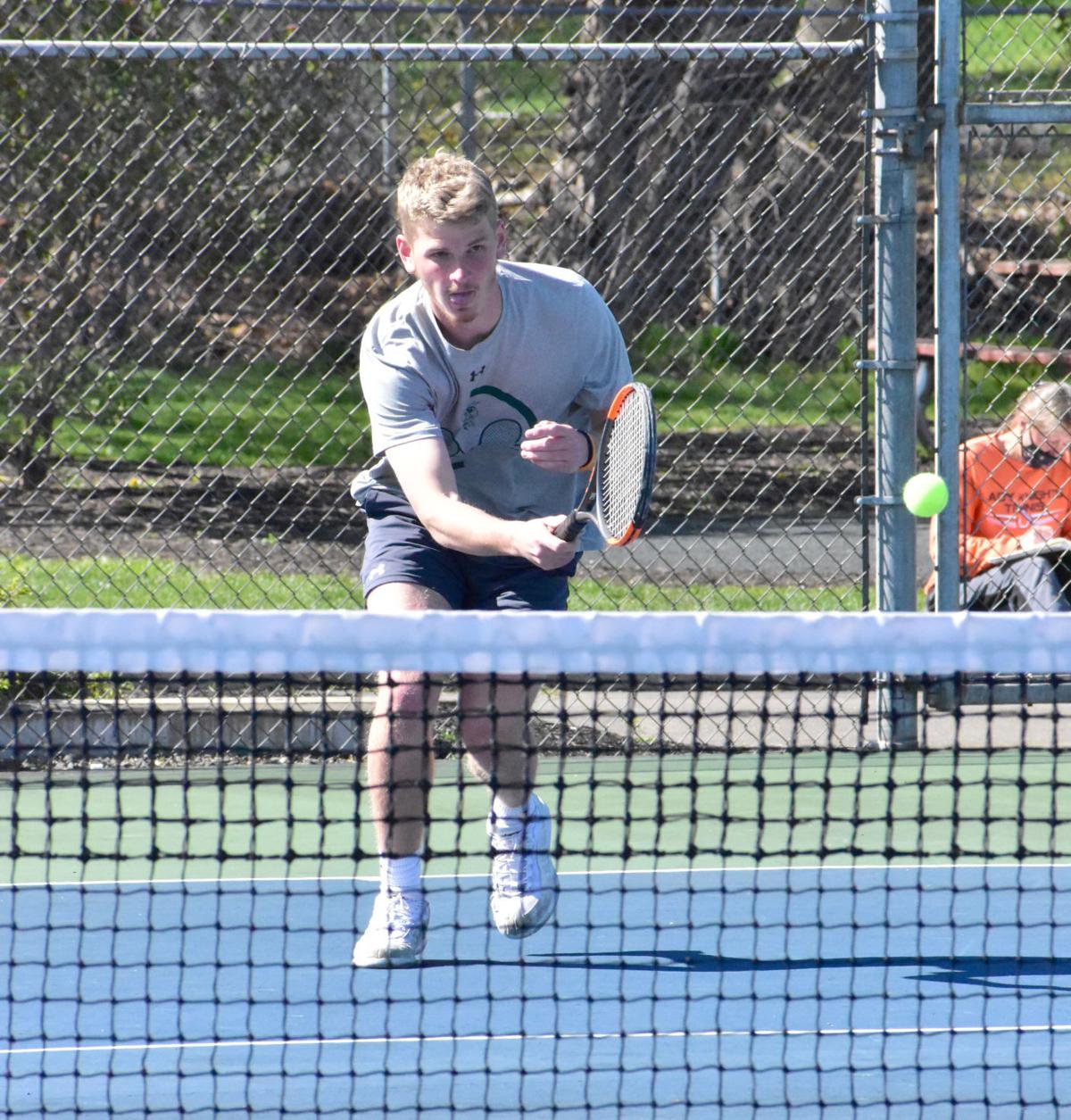 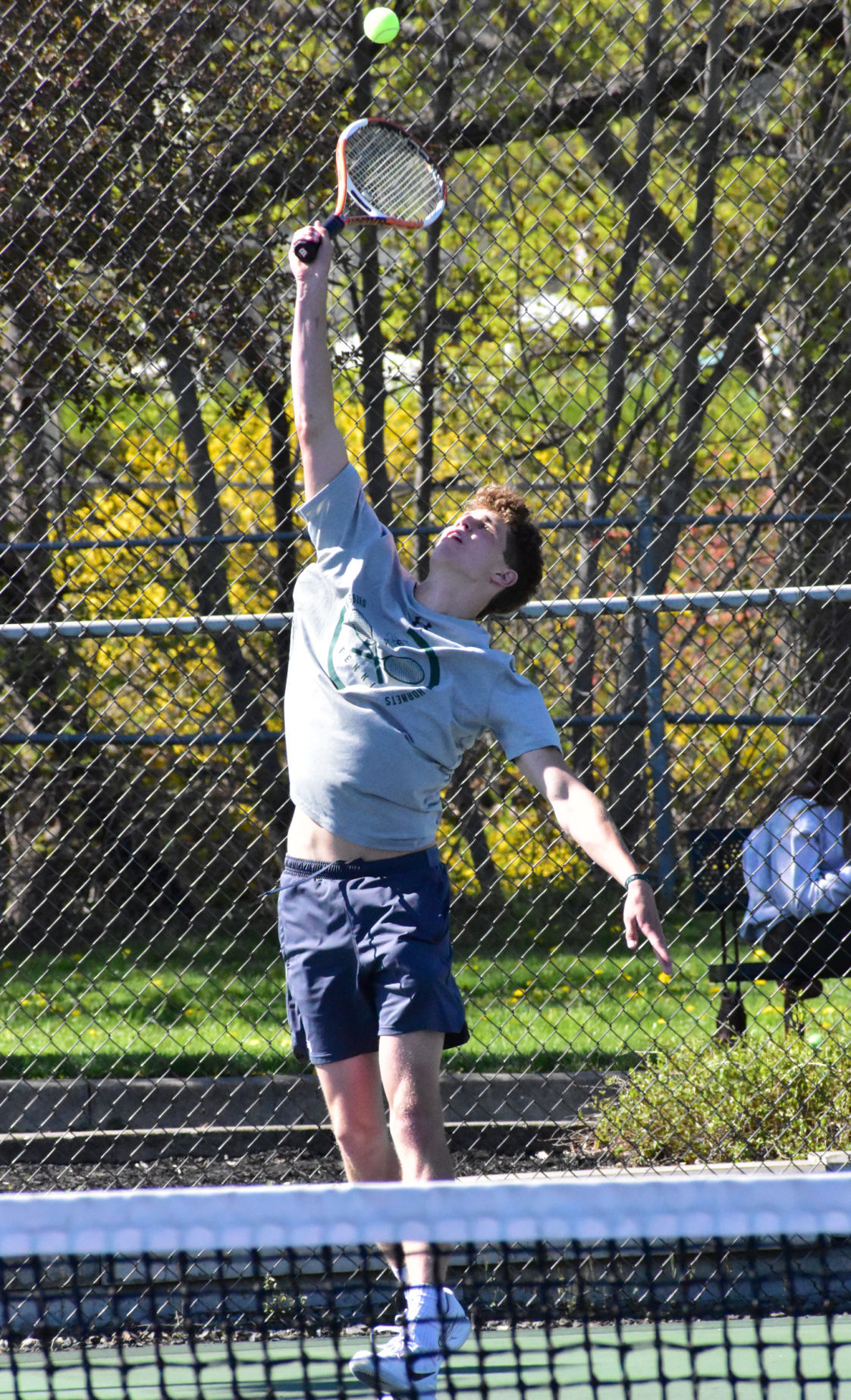 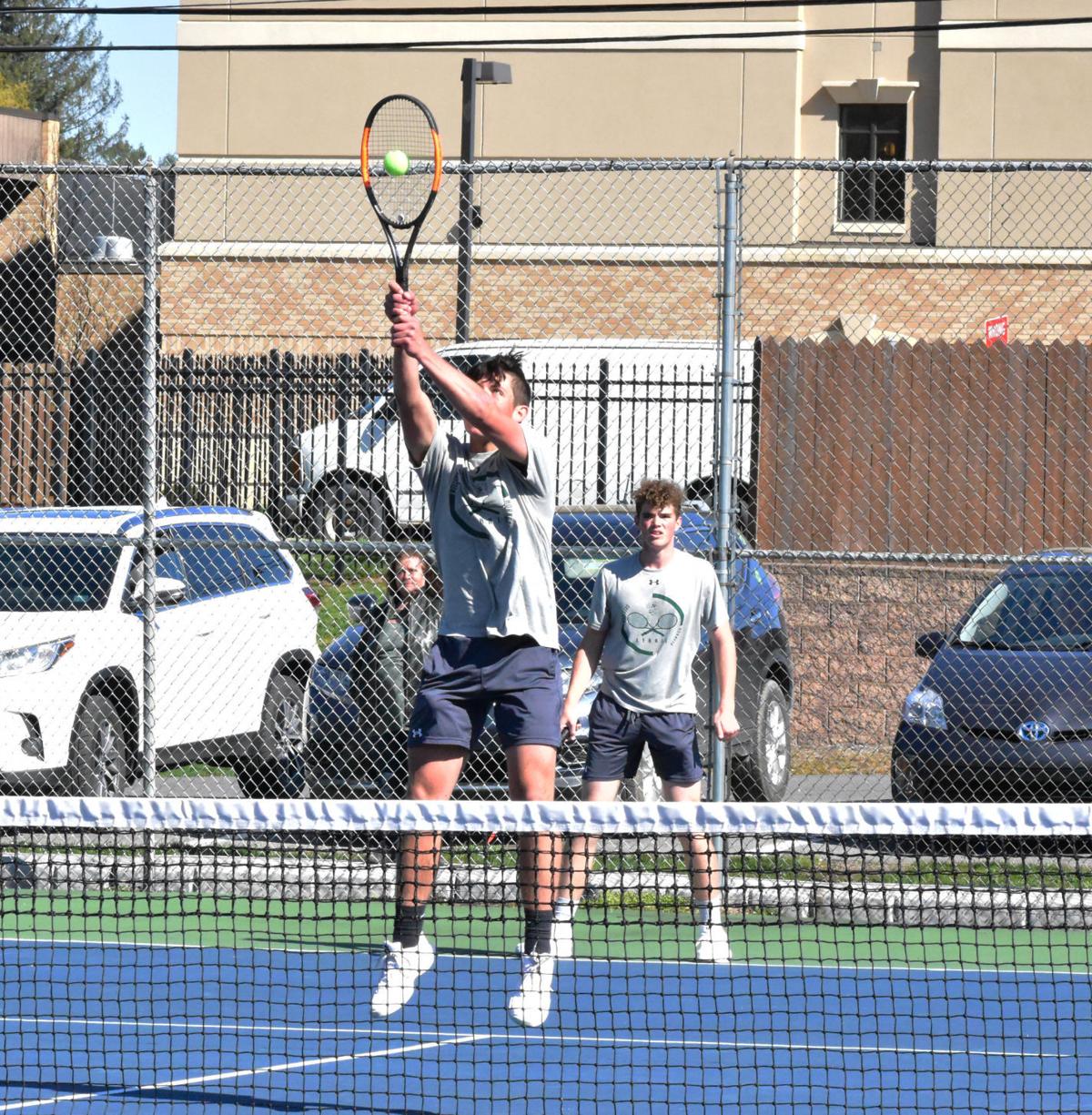 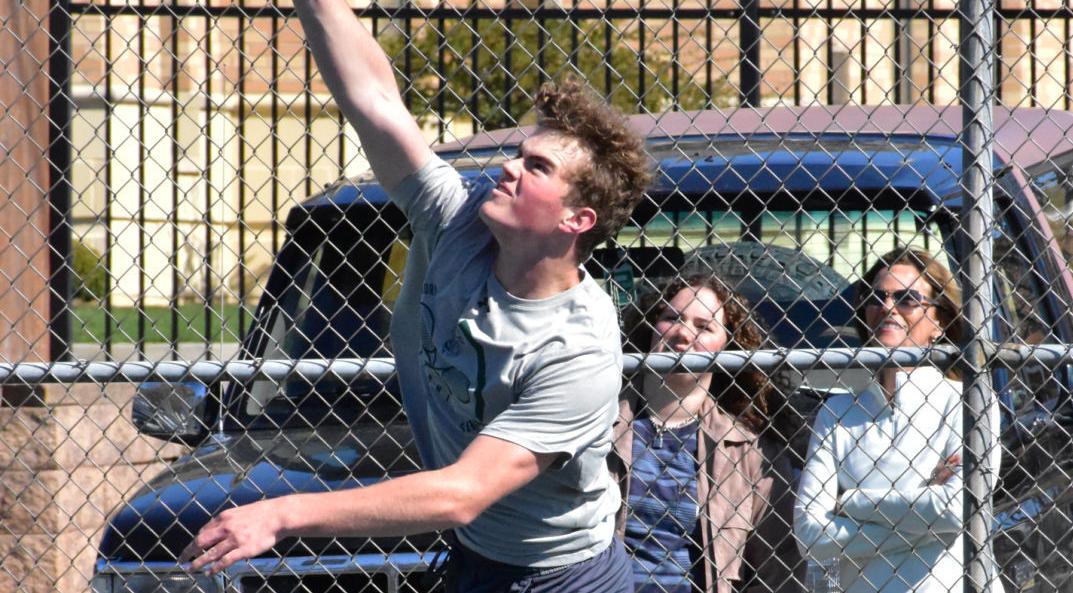 Austin Richards goes up at the net for a spike during Wellsboro’s victory over Towanda on Monday, April 26.

WELLSBORO — The Wellsboro Hornets tennis team (11-1) dropped their first contest of the year against non-league opponent Williamsport during their senior night on Thursday, April 22 but were able to bounce back on Monday, April 26 with a 5-0 sweep of Towanda as they inch closer to a Northern Tier League title.

“This was my first year coaching the boys so I wasn’t quite sure what to expect,” Head Wellsboro Tennis Coach Andy Borzok said. “I knew a lot of the guys coming out for the team are hard workers. So I knew they would be competitive and they’ve played extremely well.”

Seniors Will Poirier and Zach Singer were honored before the senior night match, and have been the leaders of the top Northern Tier League tennis team in 2021 as they have compiled a record of 20-2 so far this year.

In the matchup against Williamsport, the number one and number two players for Williamsport handed Poirier and Singer their first losses of the year.

“This will help us,” Poirier said about their first loss of the year. “Even though they beat us, everyone realized we can play with them, everyone was nervous to play so playing some of the best competition just boosts our confidence.”

The overall athleticism has aided the group throughout the year, and according to Singer has helped them overcome some lapses in other areas by being able to cover ground and make plays a lot of tennis players in the league just can’t match.

“It helps us a lot,” Singer said on the athleticism of the group. “If I lose my footing or if I’m not as quick getting to the ball, I have a little bit more reach than the average guy so I can save myself a little bit from a shot that would get by most players.”

The athleticism and competitive nature of the roster have been the deciding factor for the group who has captured 11 wins this season and will aid them as they head into postseason play against stronger competition.

“It was played a huge role for us,” Borzok said. “Just being competitive, we have a lot of first-time players but they like to compete and they like to improve. They are here all weekend long, stay after practices and they like to put in the work.”

Poirier took on Kyle Shuler who beat the senior in straight sets by scores of 6-4 and 6-0, but the score doesn’t tell the whole story for what was an extremely competitive match.

“I just need to work on ground-strokes,” Poirier said. “I just have to focus on not missing easy shots and getting everything back.”

Singer fell to Alexander Norris for his first loss of the season by scores of 6-3 and 6-1.

Despite the loss, Singer has been one of the top competitors in the NTL as their team has dominated the league, but the success of the team and himself didn’t come as a surprise to the senior.

“We’ve all worked hard over the year,” Singer said. “We knew that we had the potential and we had a good group of guys coming in. It was definitely on our minds coming into the season.”

In the final singles match, Joseph Doty was unable to pick up the win as he also fell in consecutive sets by scores of 6-1 and 6-2 to Zachariah Lake to give Williamsport a sweep in singles play.

In doubles, Wellsboro was still unable to beat the talented Williamsport team as Liam Manning and Owen Richardson fell in straight sets by scores of 6-1 and 6-2, and Gavin Gardner and Hayne Webster fell by scores of 6-1 in both sets.

In their next match of the season, Wellsboro dominated Towanda in a 5-0 sweep and all but wrap up the 2021 NTL title.

“It means a lot,” Poirier said on inching closer to the title. “The team has worked hard so getting the result we want is good, and it’s my senior year so a championship is good.”

Poirier and Jayden Wise had a battle in the number one spot of singles play, with Wise pushing Poirier to three sets. Poirier was able to prevail as he took the first and third sets by scores of 6-4 and 6-3 for the win.

Singer was able to defeat Dacion Yrigollen 6-0 and 6-1 and Doty picked up a win in a competitive match over Rein Aldefer by scores of 6-4 and 6-3.

With the season winding down for the Hornets, they have their eyes set on postseason play and will look to make a splash when they get there.

“I think this team is expecting to compete,” Borzok said. “I haven’t seen a lot of teams play so I can say how good we are compared to everybody else. But I know we have some good players and we have some competitive players so I think we will do our best.”

In their next contest on Tuesday, April 27 they swept Muncy 5-0 in non-league play and sets up their regular season-finale against NP-Liberty on Wednesday, April 28 with a chance to end their season undefeated in NTL play.

A mix of clouds and sun during the morning will give way to cloudy skies this afternoon. High around 80F. Winds S at 5 to 10 mph.