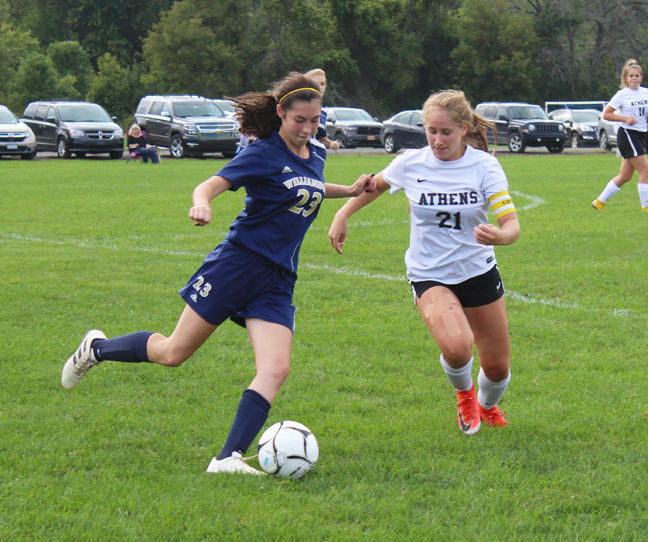 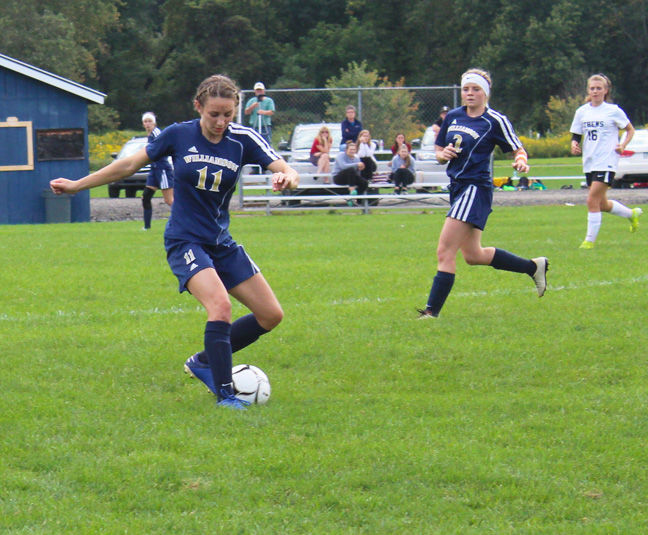 WILLIAMSON — After having a lot of struggles this past season, the Williamson Warriors girls soccer team is looking to turn things around and improve coming in 2019. After already claiming their first victory of the season, the Warriors wanted to see how they would fare against an extremely tough opponent in the Athens Wildcats.

When asked about how he feels about his team this season coach Jason Hungerford said, “ I’m extremely hopeful for this season, this year we are extremely comparable to Wellsboro talent-wise, and this game against Athens is a real measuring point for the remainder of the season.”

At the start of the game, Athens did a good job pushing the ball into Warriors territory, but the Warriors were relentless, and goalkeeper Abby Ackley came up with save after save to help keep the Warriors in the game early. Early in the first half, the Warriors’ coach Hungerford received a yellow card for his comments on the sidelines asking about a call stopping the clock midway through the first half of play.

Very soon after, the Athens team received a penalty kick and took advantage of the situation by rolling one in just out of reach of Ackley. The Athens team scored one more goal before the half bringing the score to 2-0 at the half.

The Warriors suffered two injuries and were also missing one of their best defenders to injury in this contest and in the second half it showed.

The defense was unable to stop the onslaught of goals throughout the second half and closed the game with Athens taking a 6-0 win against the Warriors.

The Warriors will look to be at full strength and return some players against the Wellsboro Hornets Wednesday, Sept. 18 and compete for their second victory of the season.

A mix of clouds and sun in the morning followed by cloudy skies during the afternoon. High 34F. Winds light and variable.

Cloudy with periods of snow after midnight. Low around 25F. Winds ESE at 5 to 10 mph. Chance of snow 80%. Snow accumulations less than one inch.

Snow during the morning will transition to snow showers during the afternoon. Some sleet may mix in. High 32F. Winds SSE at 10 to 15 mph. Chance of snow 80%. Snow accumulating 1 to 3 inches.